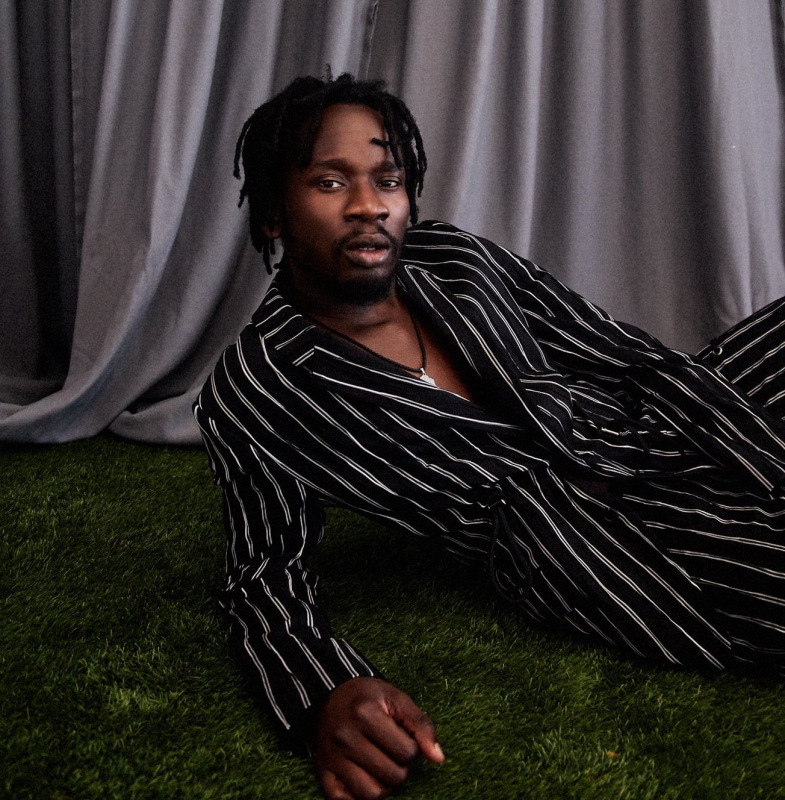 A recently released project by Banku music pioneer Mr Eazi seems to have started off on a positive note.

The new project dubbed 'One Day You Will Understand' was officially released on June 10 and within days of the release, the EP by the Nigerian singer had received massive support across the globe.

Within the first 24 hours, the EP was ranked at number one on Apple Music Charts in Ghana and second in Nigeria while also appearing among the charts in other countries like Sierra Leone, Cape Verde, Senegal, Kenya and 189th in the United Kingdom.

Mr Eazi on Sunday also noted that the 4-track EP had been played close to 2 million times on Audiomack, a music streaming and audio distribution platform. 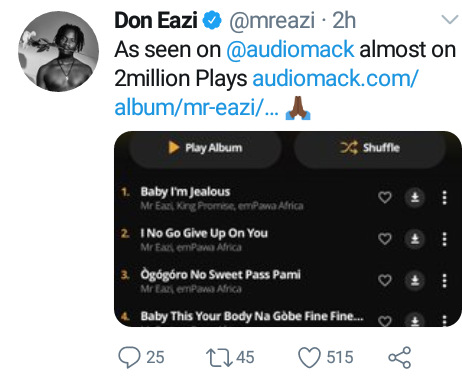 "As seen on @audiomack almost on 2million Plays," the emPawa founder tweeted.

According to Mr Eazi, as at Sunday, all the songs had cumulatively been streamed over 950,000 times. 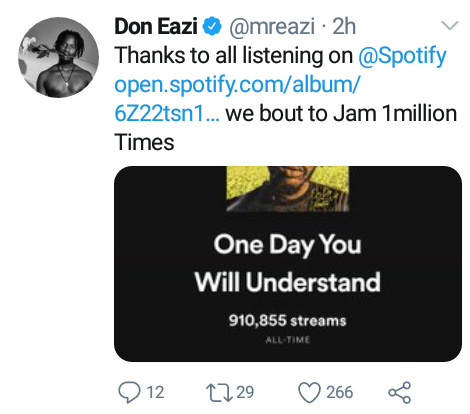 "Thanks to all listening on @Spotify https://t.co/bsI1wyG4yy we bout to Jam 1million Times," noted Mr Eazi in the tweet.

Songs in the 10-minute EP are: 'Baby I'm Jealous' featuring King Promise, 'Ogogoro No Sweet Pas Pam', 'Baby This Your Body Na Gone Fine Fine Okpeke' featuring C Natty and 'I No Go Give Up On You' which Mr Eazi had released prior to officially dropping the EP.