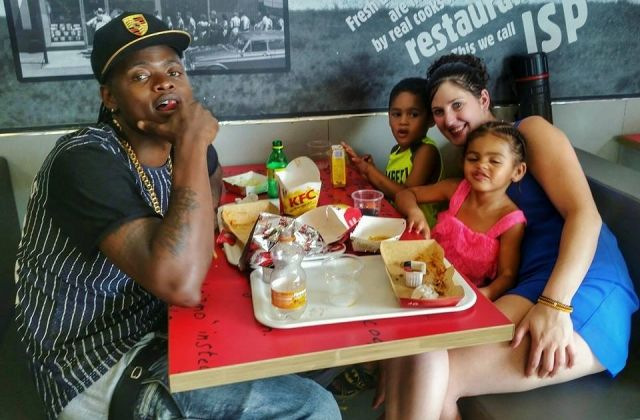 Ugandan artiste Pallaso left Uganda in 2006 for USA where he continued with his music career until 2014 when he returned to Uganda.

His return shocked many, as he did not come back with his family; his baby mama Nichole Hayman and their two children Dinari and Maisha.

Reports indicate that the couple broke up and since then, the Team Good Music boss has not introduced any other woman to the public.

"I had my baby mama whom you all knew and she broke my heart. She got someone else, which is okay. Because I loved her and wanted her to be happy. Things did not go our way because she wanted me to stay in America but I was tired of the place. I was scared of the racism and decided to pursue my music career in Uganda. Maybe I will go back when I'm old,” he said.

He divulged that he is ready to be single until he finds the right woman to introduce to his parents.

According to him, most women are not genuine, that is why it is important for him to be careful while selecting the right woman.

"But being single, I'm still studying these girls to find out who is right and who is not. They all have fake hair, fake nails, fake everything. So you have to look and see if the feelings are real. These girls do not even know how to cook and prefer Cafe Javas. I told my mum I would bring someone when I'm ready. I have many women who want me but I want to be careful. I know no one is perfect but I'm close to it," Pallaso said.