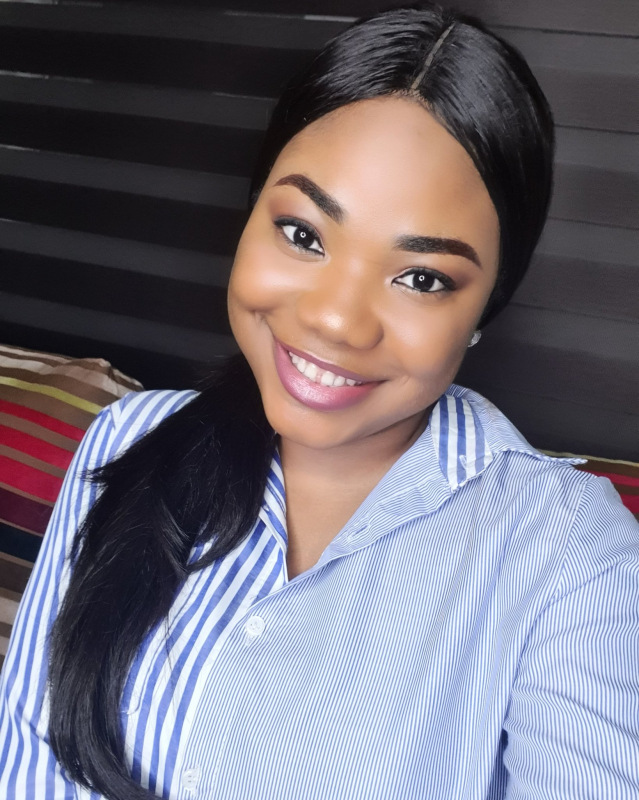 In a post on her social media pages, Mercy Chinwo famed for hit single 'Excess Love' said the new sophomore album titled 'Satisfied' will be available for pre-order on digital stores begining June 12. 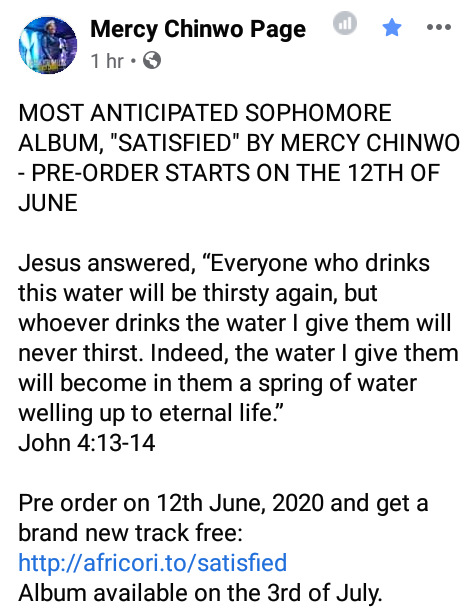 The album was earlier scheduled for official release on May but the plans were cancelled as a result of the Coronavirus pandemic.

It is now expected to be unveiled on July 3 under Mercy Chinwo's re record label EeZee Conceptz Global.

'Satisified' serves as the second album released by Mercy Chinwo following the largely successful debut album 'The Cross: My Gaze' which was released in 2018 and contains the famous 'Excess Love' song.

After the album, Mercy Chinwo has also released several other singles among them 'Chinedum', 'Akamdinelu' and 'Obinasom'.

Details provided about the new album indicates that it features a special appearance from Chioma Jesus, a legendary Igbo Gospel music minister, and a special live performance of Mercy Chinwo’s popular single 'Excess Love' with JJ Hairston and Youthful Praise.

The album has songs in various languages among them English, Igbo, Yoruba, Calabar, and music styles from different parts of Nigeria, Africa and the Western world.