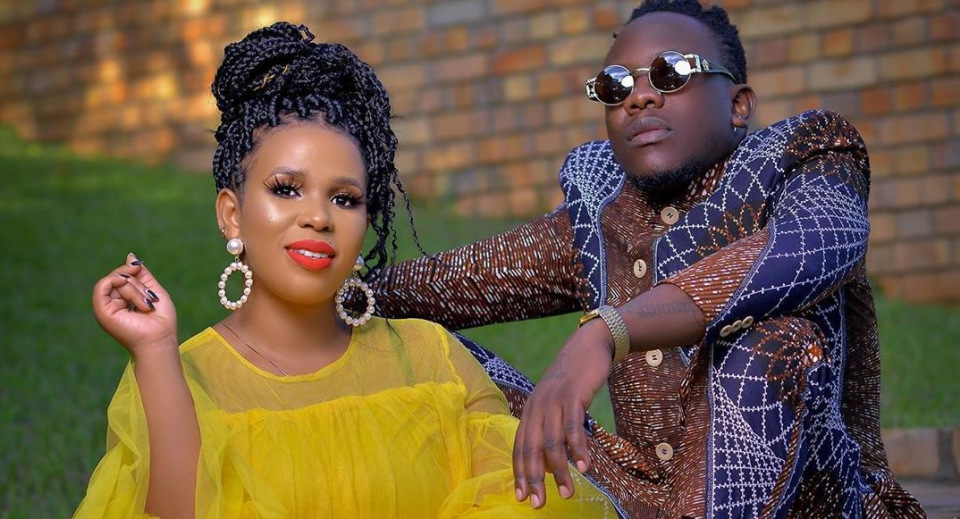 While it may seem like almost all celebrity relationships fail, there are people who remain faithful to each other despite all the difficulties, and a good example is Ugandan artiste Geosteady.

Being in the lime light and a celebrity, Geosteady is exposed to a lot of ladies, but he chose to settle down with one woman, Prima Ndagire since 2011.

The couple has faced several challenges and infidelity allegations, that has since them breakup and make up. Despite all these, they have been able to stand strong and are currently blessed with two children.

Explaining how they have managed to overcome the challenges, Geosteady noted that the main secret is focusing on your goals and ignoring side shows.

"It takes growth. When you grow up and remain focused on your dreams, you get to see that some things are just wasting your time. Temptations will always be there no matter what but as a person, do you know what you want, where you're going and what you want to achieve?" he posed.

"Having a family adds on responsibility. And this is every man's obligations. Responsibility is not taking care of yourselves but having something that pushes you to do better. The more the bills, the more motivation to work hard,” he added.

He further noted that once one becomes a husband, he should be able to separate his celebrity side  from family life.

“They call me Geosteady but I'm George Wiilliam Kigozi. One is a public figure, the other is a family man. They just have to understand me. What I display is what I want my fans to know but they have no idea what I am behind curtains,” he said.

He divulged that his his wife Prima has been there for him through thick and thin.

"Two heads are better than one. We need each other and you have to stand up for someone who has been behind you. Many people are plotting against us but we are here to stay. We came from far," he opined.