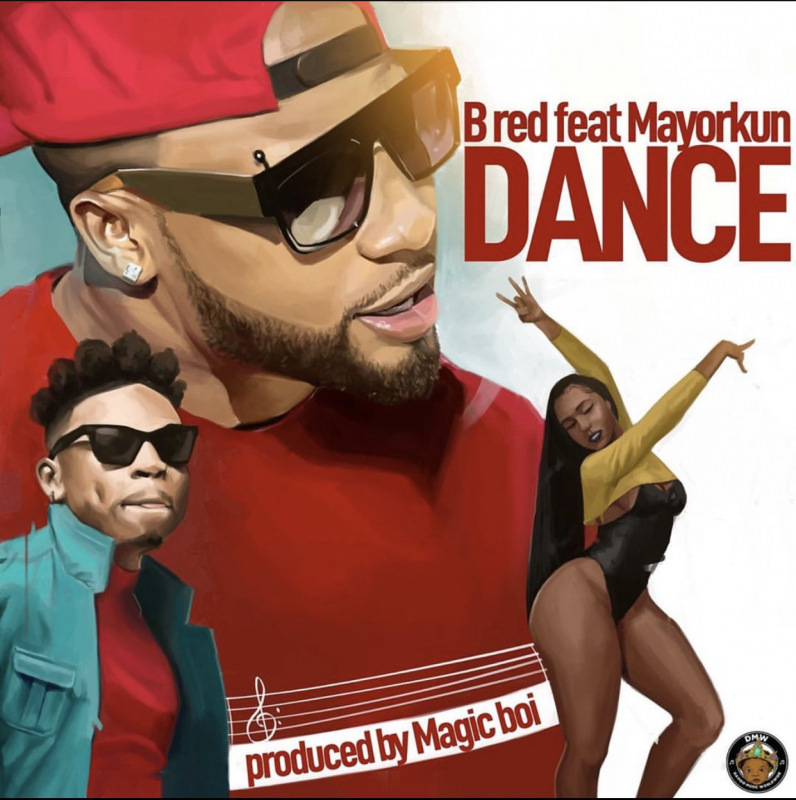 Davido Music Worldwide (DMW) duo, B-Red and Mayorkun have teamed up to release a new song.

The song which is B-Red's second single under DMW was officially released on Friday alongside its visuals.

According to details provided by DMW when uploading 'Dance' video on the American online-video sharing platform, YouTube, the song is the lead single to B Red's upcoming Extended Play (EP).

'Dance' is basically a dance love song with beats that will make you dance to it.

The video is equally of the top quality and worth your time.

Earlier this year, B Red had released a debut single for the year dubbed 'Dollar‘ which had Davido and Peruzzi.

Visuals to 'Dollar' has been doing well with other 1.2 million views on YouTube so far.

B-Red is also the cousin of Davido, the DMW boss.