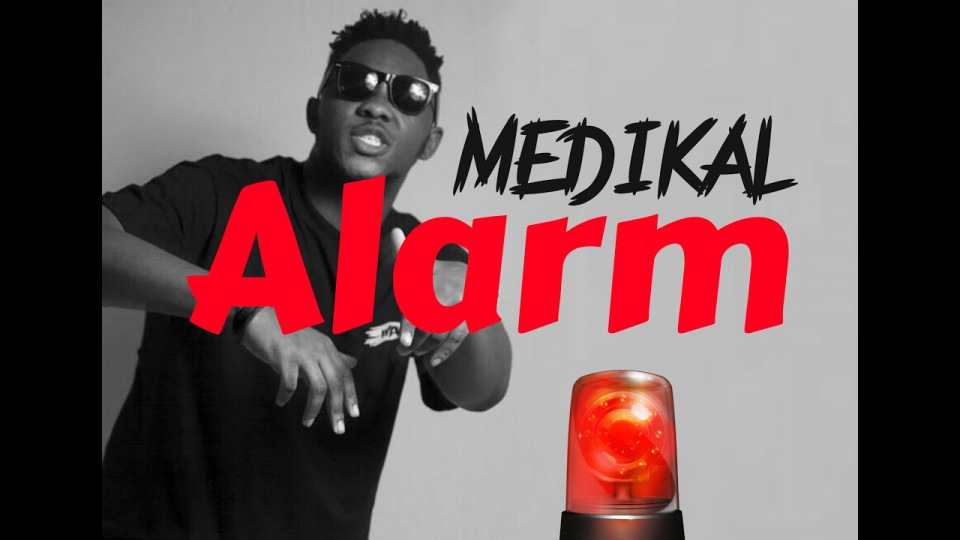 Award winning Ghanaian rapper, Medikal follows up with the visuals to his recently released Hip Hop song titled ‘Alarm’. The AMG Business rapper serves his fans with his new Hip-Hop video as a follow up to his single song ‘Nonsense’ with this inspirational and motivational masterpiece produced by UnkleBeatz. The video of the audio song tiltled Alarm was released on the 29th of May, 2020 and was directed by Mykel Heydar.

The video has been well received by the fans and in less than a week it has received over 50k views on YouTube. Samuel Adu Frimpong born 4 April 1993, popularly known as Medikal, is a Ghanaian hip hop artiste.

He comes from Sowutuom, a town in the suburb of Accrai in Ghana. He has worked alongside other popular artistes in Ghana including Sarjodie. The artiste had the highest nominations for the 2017 edition of the Ghana Music Award. In 2018, he was on the Tim Westwood Show.

Samuel adopted the name Medikal because he was fascinated with rapping about doctors, surgeons, medical practitioners and hospitals in general. He has made a name for himself in the music industry through hard work and his numerous collaboration with successful artists. Apart from is nominations in 2017, he won the best discovery video in the MTN 4Syte Video Award in 2016.