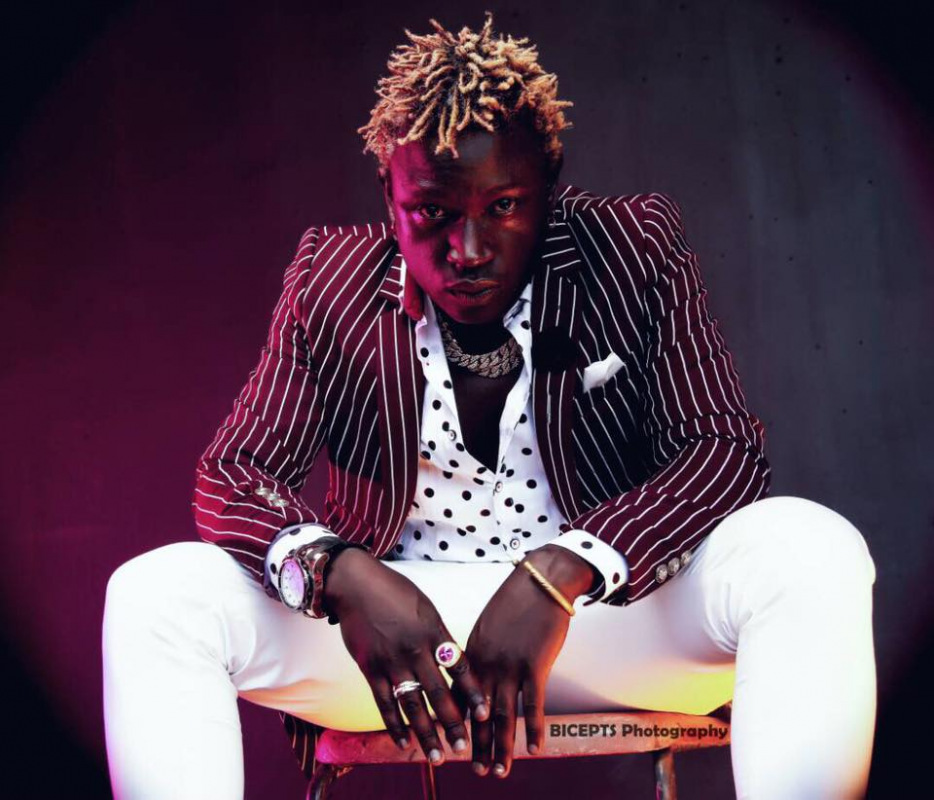 Who is Gravity Omutujju?

Gravity Omutujju real name Gereson Wabuyi, is a Ugandan rapper, songwriter and stage performer commonly known for his music genre 'Luga Flow'. He has on many occasions referred himself as the 'Undisputed King of luga flow' in Uganda. “I am the only versatile musician in Uganda. I sing Bax Ragga, Afro beat, Dancehall and Kadongo Kamu. I am the best musician, according to fans. I don’t care about organisers who think am bad business. I have filled Cricket Oval three years in row. They can keep talking, I don’t care,” Gravity told NBS TV.

How old is Gravity Omutujju?

Born in 1993, Gravity Omutujju is 27 years old. He was born and raised in the city suburbs by his father Michael Gesa and mother Jane Kajoina.

Which schools did Gravity Omutujju attend?

Gravity Omutujju went to Nakulabye Junior School for his primary education and completed his O level at Old Kampala secondary school in the city center.

How was Gravity Omutujju's childhood and his upbringing?

Gravity Omutujju grew up from the ghettos of Kiwunya, Nakulabye and during his days in secondary school days, he was a very good footballer. According to Feffe Bussi, the two would meet during school breaks and discuss their future and what they wanted achieve. Gravity Omutujju's dream while growing up was to be a footballer, a striker to be exact. Feffe Bussi claims Gravity Omutujju stole his stage name. "I told him I wanted to use Gravity as my stage name but one day his friend from Old Kampala approached us and called him Gravity. He explained that he used to do my songs within his friends and I was okay with it. He later took the name and joined music so I let him be as a friend," Feffe Bussi told Sunrise UG.

When did Gravity Omutujju join Music?

Gravity Omutujju started doing music way back in high school. He started professional music in 2011 but broke onto the music scene when he remade 'Walumbe Zaaya', a classic Kadongo Kamu song from the late Paul Kafeero. He has songs like Winner, Kappa Yo, Balance The Boat, Ampalana, Bijanjalo, Ekyebeyi, Sipowa, Mujooga, Ekyakuzala Kyekilikuta among others.

He has since gained a number of fans from all over the country and all the three concerts he has held at Cricket Oval, Lugogo have always sold out. 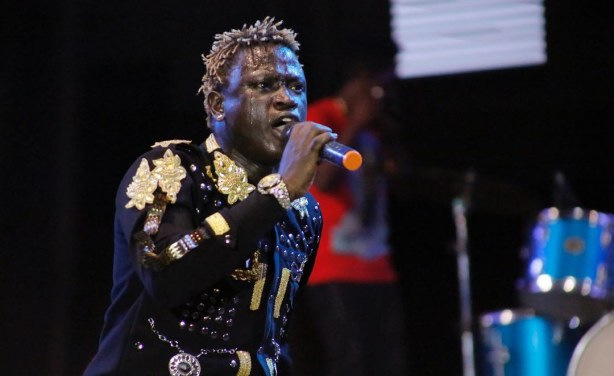 Which Awards Has Gravity Omutujju Won?

In 2013, he won the Teeniez Breakthrough artist and HipHop song of the year. He has numerously won in the MTN's HipHop Awards. In 2016, he also won HipHop artist of the year in MTN's CallerTunez Online Awards plush a cash prize. 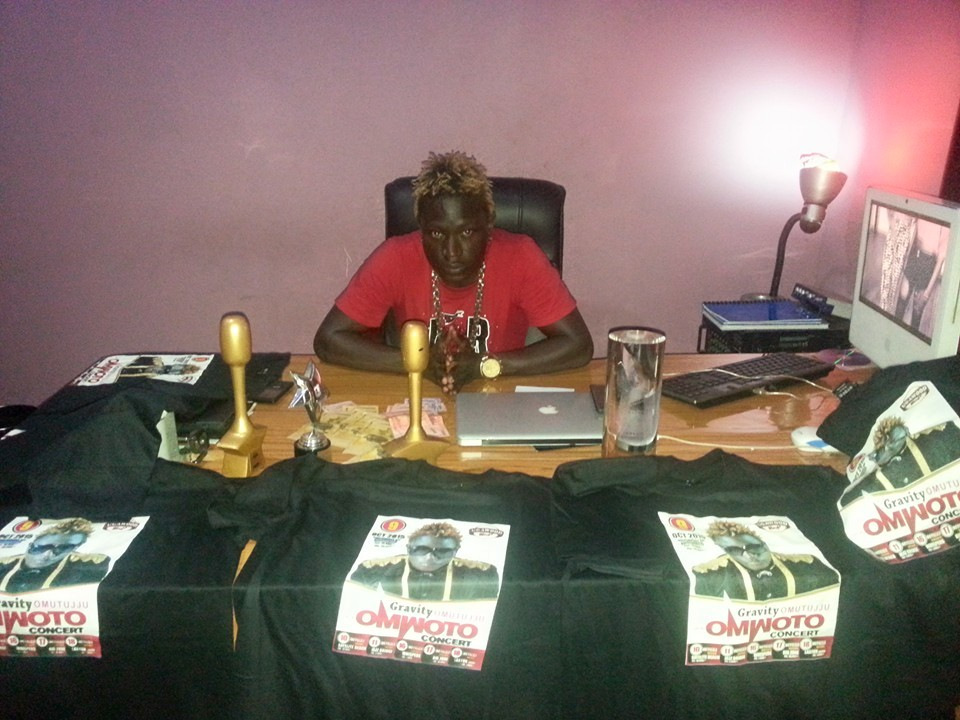 In 2019, the rapper appeared in the media accusing security guards of allegedly shooting at him after an altercation at a petrol station in Mityana. Fans and police, however, claimed it was a stunt. 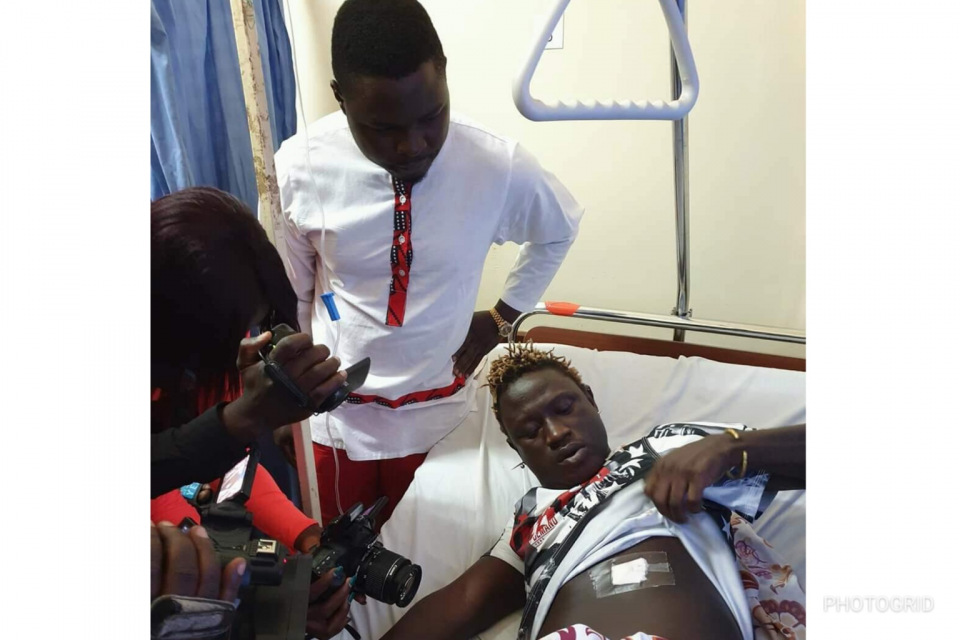 Gravitty Omutujju is a proud father of three children. He met his baby mama Shalwa Naira in 2012 and they have enjoyed their relationship for ten years now.

He has however, tried so much to keep his love life away from the media. In a recent interview, Gravity promised that he would be walking his woman down the aisle very soon.

What is Gravity Omutujju's net worth?

It is not clear how much the rapper owns, since he is yet to openly address the issue.