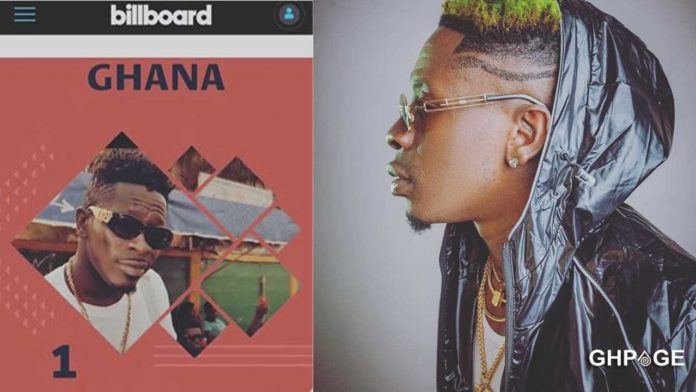 With cumulative YouTube views of 13.26M, Shatta wale was recognised as the most streamed artiste in Ghana. The African dance hall king has been ranked by Billboard as the most watched artist in Ghana. This is according to the international ranking of the top five homegrown musical acts in 11 counties based on local YouTube views.

Shatta Wale is arguably the most prominent Ghanaian artiste who boasts of an undisputedly large and cult-like fan base, massive airplay, numerous awards, and international acclaim.
A highlight of the self-acclaimed DanceHall King’s journey to international recognition was when he was featured on Beyonce’s Lion King Album in 2019.

Shatta Wale does not seem to be slowing down even in a time when the coronavirus pandemic has had a major effect on music with all musical activity now becoming virtual.

He held a virtual concert dubbed the Faith Concert on April 4, 2020, to both entertain and educate his fans on the need to stay safe and alive through these COVID-19 times.
Billboard in honor of local heroes has come up with a ranking of artists from 11 African countries that per YouTube views are considered the most-watched artistes across Africa and Shatta Wale topped the list beating other popular artists at his level.