MzVee Releases One of her Best Collabos with Mugeez 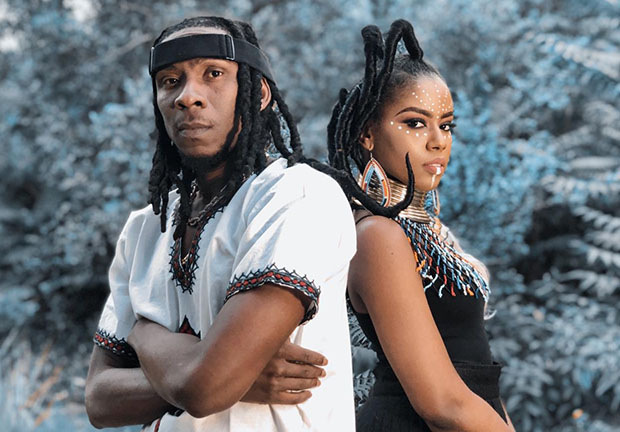 After being away for a long time, the Afropop, hiplife and dancehall artiste, Vera Hamenoo-Kpeda, aka MzVee has released her first collaboration this year after two successful songs, 'Sheriff' and 'Who Are You'. The two songs were doing well, but the song bird wanted to feel a vibe from someone else for some extra flavor, and the lot fell on Mugeez, the R2Bees member.

The song tiltled “Baddest Boss” was released on 22nd May 2020 and in just five days; it has received over 180k views and no negative comments. The 'Sing My Name' hitmaker knows Mugeez' abilities and describes him as super talented artiste.

She said it was a lot of fun working on different tracks in the studio with Mugeez and 'Baddest Boss' was just one of several items with him. “It is always exciting recording with Mugeez. We are not just colleagues; we are friends as well so the atmosphere is always 'lit'. It is easy for creative people to thrive in an environment that is not stressful; so we have enjoyed working together,” Mzvee said.

Mzvee and Mugeez vigorously stated their stake in the genre with Baddest Boss. On the track, a man and a woman engage in a wooing session. Mzvee said the idea of the song is something she upholds in real life and enjoins young women to be economically sound, and not regard romantic relationships as avenues to cream something off men.

Despite Covid-19 disrupting some of her plans, she is still keeping her head high, busy working in the studio and positively engaging with her fans. She's urging them to stay safe by practicing good hygiene and going by the protocols rolled out to help stop the spread of Covid-19.