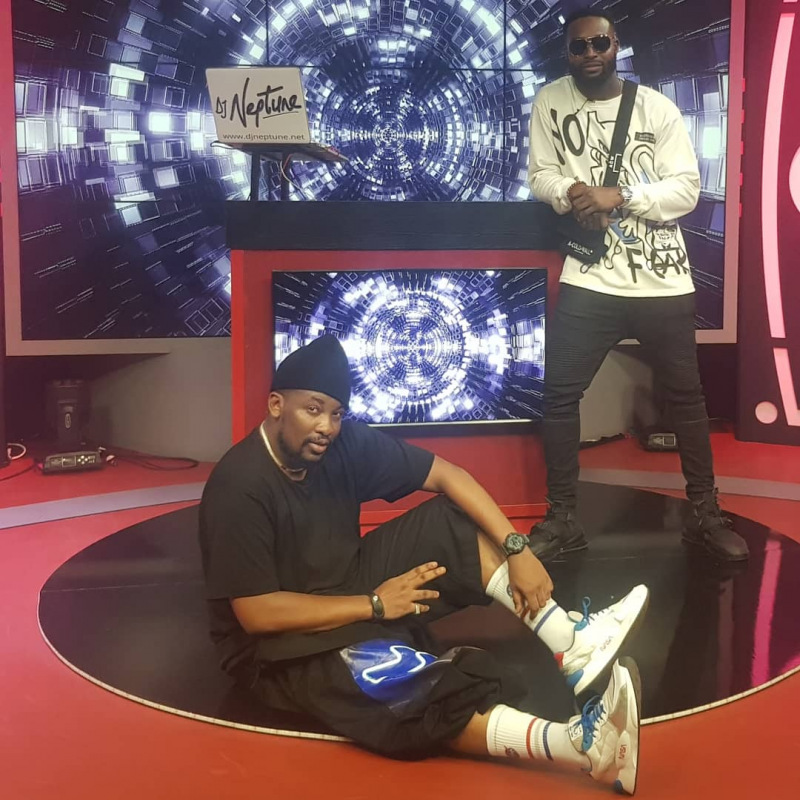 A joint effort between award-winning international disc jockey DJ Neptune and emPawa’s Mr Eazi and Joeboy titled ‘Nobody’ continues to prove that it is a major hit.

The atmospheric song produced by Neptune Records in-house producer Magic Sticks has been enjoying airplay both on local ad international media since it was released earlier this year.

‘Nobody’ a second single off DJ Neptune’s yet to be released body of work dubbed The Greatness II (Sounds of Neptune) has now recorded over 50 million streams across all platforms within two months of release.

A first single off the upcoming project was titled ‘Tomorrow’ and featured Victor AD.

Celebrating the achievement emPawa boss Mr Eazi hailed efforts that the producer, his fellow musicians and fans have put in to ensure the song is a success. 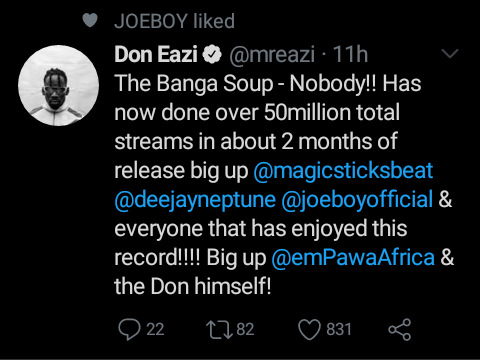 "The Banga Soup - Nobody!! Has now done over 50million total streams in about 2 months of release big up @magicsticksbeat @deejayneptune @joeboyofficial & everyone that has enjoyed this record!!!! Big up @emPawaAfrica & the Don himself!" Mr Eazi tweeted on Wednesday.

The buzz and excitement that the songs has generated led to the creation of #NobodyChallenge which DJ Neptune recently revealed that it has over 5.9 million triller videos so far. 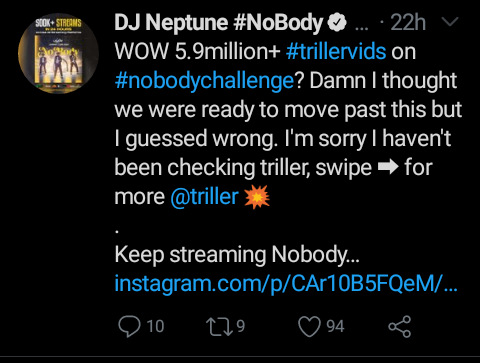 'WOW 5.9million+ #trillervids on #nobodychallenge? Damn I thought we were ready to move past this but I guessed wrong. I'm sorry I haven't been checking triller, swipe ➡ for more @triller . Keep streaming Nobody..." he posted on Twitter.

Looking at the official video for ‘Nobody’ that was posted on an American online video-sharing platform, YouTube, on March 5, 2020, shows that it has also been doing well as it moving towards the 8 million views-mark.