Nigerian singer and rapper Cheque will this Friday, May 29, be dropping a new song.

An announcement of the upcoming music was announced by Nigerian rapper Phyno in a post on his official Twitter handle. 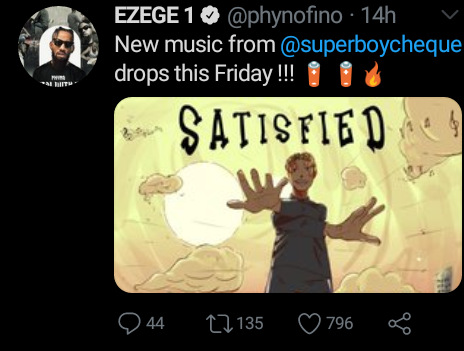 The new project by Cheque is being worked on by Penthauze Records which signed him in 2019.

Cheque on his part thanked all that have helped him put together the upcoming body of work.

He also affirmed that 'Satisfied' will be officially released on Friday.

"I cannot stress on how much I appreciate those who got my back , #Razor First official single dropping Friday 29-05-2020 #Satisfied Appreciate and love you guys," Cheque tweeted on Tuesday. 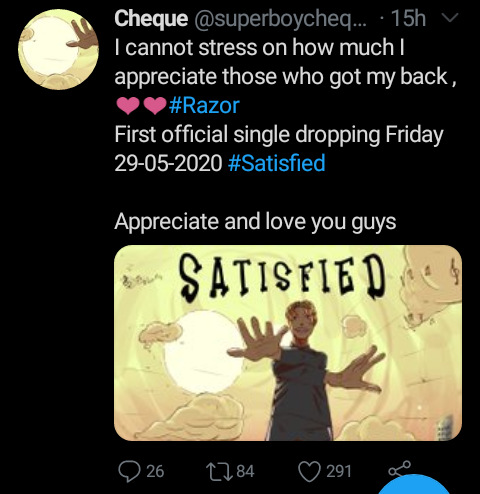 Officially known as Akanbi Bamidele Brett, Cheque described as a super talented singer and rapper from Ondo State started his music career while studying at the Obafemi Awolowo University where graduated with a degree in Chemical Engineering.

He was formerly known as KYLE-B and since joining Penthauze Records, he has collaborated with other label mates on the hit track 'NYEM SPACE' which was released in March 2019.