Olamide: Mo'Hits Is 'The Best Thing To Ever Happen In Nigerian Music Industry' 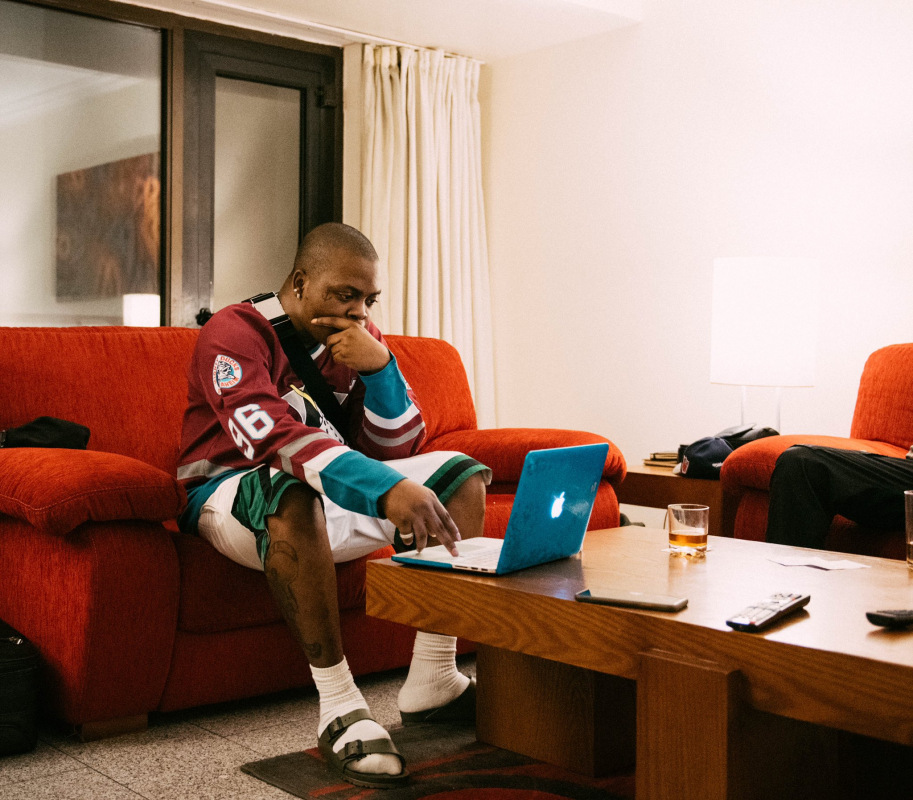 It was founded in 2006 and signed D'banj as its first recording artist with Don Jazzy as the CEO/President of the label. D'banj was the Co-Owner.

In a tweet on Tuesday, Olamide who records mostly in Yoruba, his native tongue noted that Mo'Hits taught musicians in Nigeria "how to carry our brothers along."

The YNBL boss while terming the record label as the best thing to have ever happened in the Nigerian music industry further noted that Don Jazzy and D'banj motivated many of the musicians in the country today. 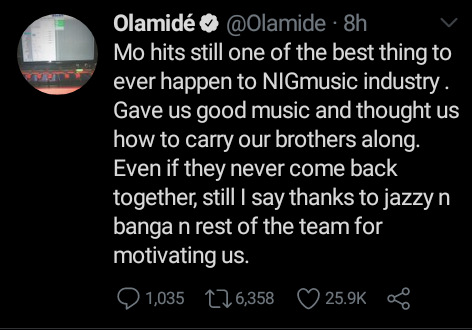 "Mo hits still one of the best thing to ever happen to NIGmusic industry . Gave us good music and thought us how to carry our brothers along. Even if they never come back together, still I say thanks to jazzy n banga n rest of the team for motivating us," noted Olamide.

Among the artists that were signed under Mo'Hits Records that specialised in Afrobeat include: Wande Coal, Dr SID, D'Prince and K-Switch.

The label also attracted foreign interest from international acts like Kanye West and Jay-Z that culminated in D'banj signing to Kanye's GOOD Music.

Don Jazzy in March 2012 announced that D'banj had left the record label for what was said as difference in interests.

Currently Don Jazzy owns Mavin Records, one of the biggest and most respected record labels in Nigeria.