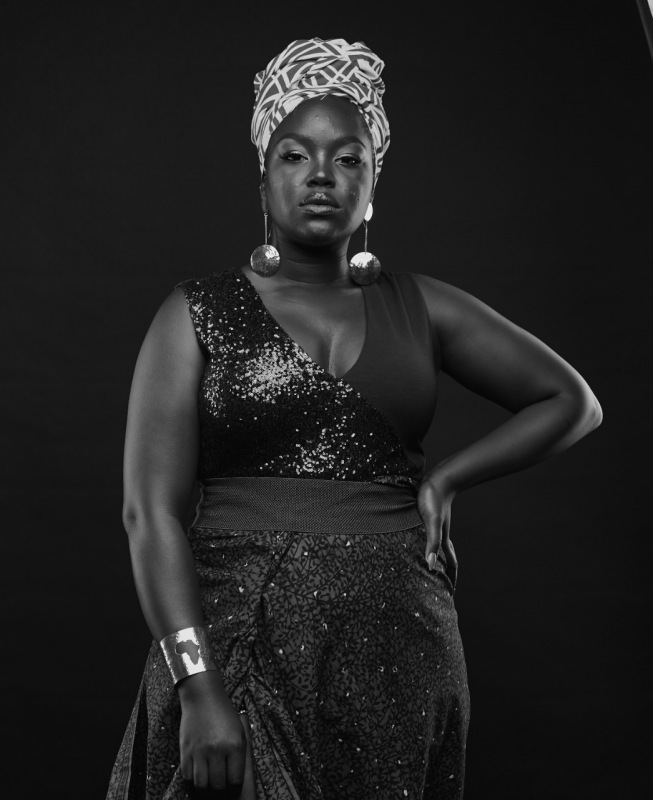 What has been happening on your Instagram feeds peeps? Are your faves launching new music, albums or exciting ‘I will be live’ posts? Well on our feed we will be highlighting Serro as she is counting down days to the release of her debut studio album, Kuwe.

Serro has been lighting up our feeds with great monochrome photos shot for her album. She has been using these images of herself for the official track list release. We have so far heard some songs on the track list and some are completely new to the ear, at least from the snippets she is serving us. For every track that she has listed so far, she is giving us a backstory of how the song came to be. Sometime last year Serro did a show that followed the same concept of giving the audience a backstory of each song she performed.

So far, the track list has shaped up to 4 singles; ‘Okello’, ‘Aheri’, ‘Mtumwa’ and ‘Hey Baby’. By the 30th of May, when the album is set to drop she hopefully will have released the rest of the tracks set to be on the ‘Kuwe’ album.

In the meantime though, Serro is set to serenade her fans tonight at 9:30pm on Instagram Live for a ‘Kuwe’ soft launch. Follow Serro on Instagram to get the ‘Kuwe’ track list first hand and a front seat to her virtual concert.