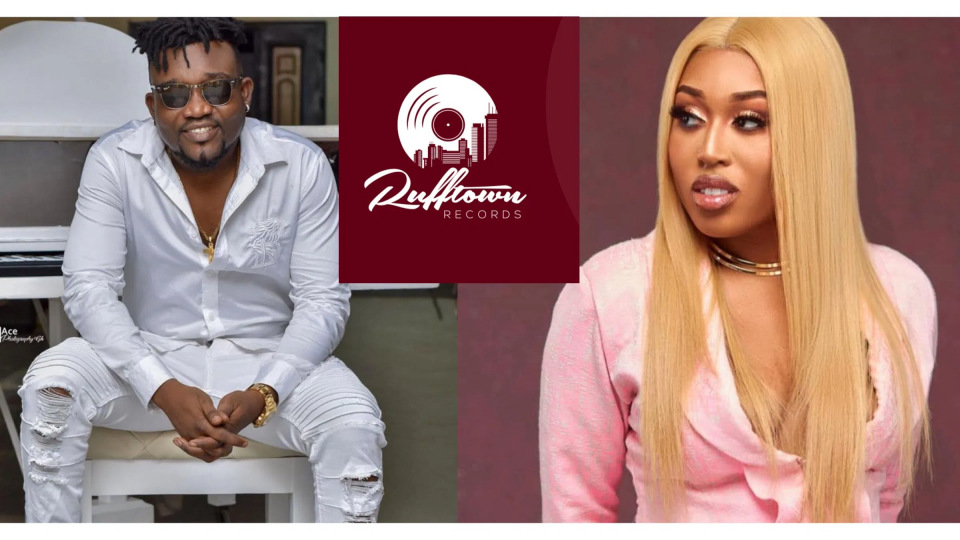 Chief Executive Officer of Rufftown Records, Ricky Nana Agyemang popularly known in showbiz as Bullet, has revealed how his artiste, Fantana was rejected by many record labels before she was accepted at his label.

Bullet told Zion Felix in an interview on the ‘Uncut Show’ that he accepted to help Fantana after her dream to a have record label was diminishing as a result of her contact with so many people who did not share believe in her dreams.

According to Bullet, all the record labels the she approached turned her down until he (Bullet) made up his mind to work with her.
This comes after there have been rumours and audio recordings from Fantana herself that seem to suggest that Bullet took money from Fantana’s mother before she was signed onto the label.
Bullet has shot down the allegations though saying that he didn’t take a penny but the mother of the artiste accepted to be a partner to spearhead the projects of her daughter.

The Rufftown Records CEO said he is always eager to help people who are passionate about something and that was the reason why he extended the helping hand to nurture and bring out the talent in Fantana.

Bullet stressed he took Fantana to the studio for a recording before he even met her mother.

He cautioned naysayers to stop the speculations and dared them to mention the amount he received from Fantana’s mother if they have any evidence.

Zionfelix.com reports that currently, the working relationship between Bullet and Fantana is not the best as he has threatened to terminate their contract due to insubordination.