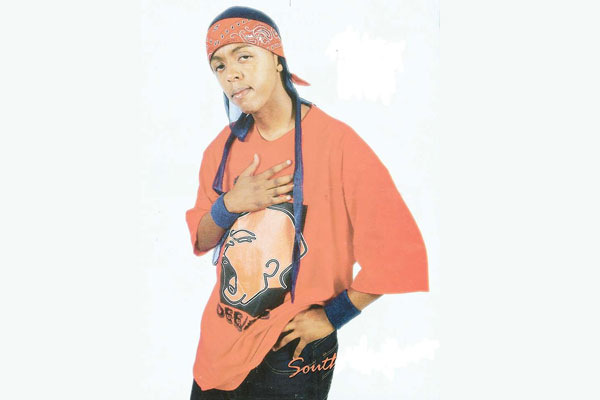 Yesterday, (May 20,2020), late Kenyan Hip-Hop musician E-sir would have been celebrating his 39th Birthday, and 19 years in music, had it not been for a grisly accident that left him dead on 16th March, 2003.

Despite being young in the industry, E-Sir left a mark in the Kenyan music field, with many crediting him for opening the way for hundreds of other young musicians.

To date, his memory still lives on thanks to his hits that include; Bamba featuring Big Pin and the late K-Rupt, Mos Mos ft. Brenda, Saree, Hamnitishi ft Tallia Oyando and Bumba Train ft his close friend and confidante Nameless.

Remembering him on his birthday, a number of musicians and netizens took to social media narrating their best memories of E-sir.

In a post on Instagram, celebrated rapper King Kaka divulged where he first saw E-Sir and fell in love with his music.

“Nakumbuka a show on NTV called Livewire, that’s the 1st time I saw Esir, ‘Kuna kijana moja toka south C Joh’ fell in love with his style and charisma.Today would have been your 39th Birthday. Asante for the inspiration, Fly Esir ,” he posted.

On his part, Nameless and his family did a Tik-Tok video singing along to E-sir’s hit song ‘Hamunitishi’.