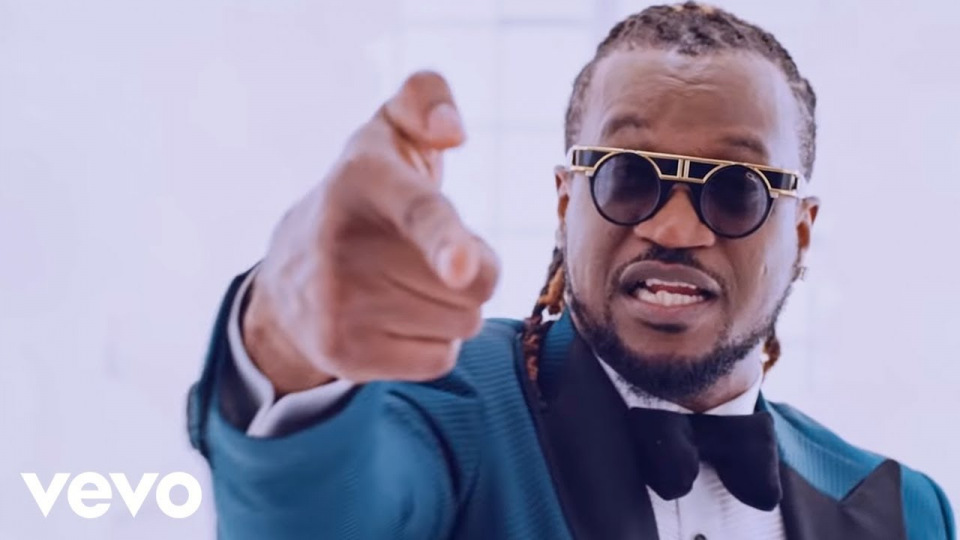 Popular Nigerian singer Rudeboy has announced that he will be dropping a new song next week.

In a post on his Instagram account on Wednesday, May 20, Rudeboy also known as King Rudy, however, did not provide details on what his fans should expect from the new song.

He only posted; “Today is sunny day new music next week ” alongside his photo while from a swimming pool. 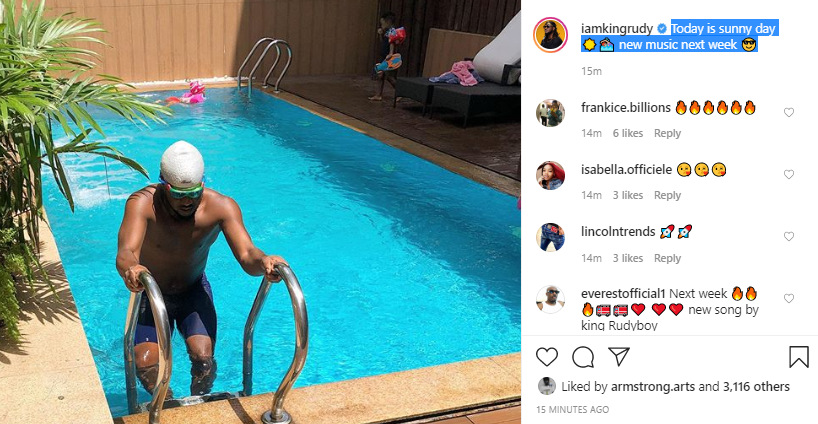 On Tuesday, May 19, Rudeboy formerly in the duo musical group P-Square with his twin brother had dropped a hint that he was working on a new song that would settle a discussion between man and woman.

“WANNA SETTLE THIS ‘Man Vs Woman’ ONCE AND FOR ALL. Wait for it…#NEWMUSIC,” read a poster on Rudeboys Instagram account alongside a caption musically rude” 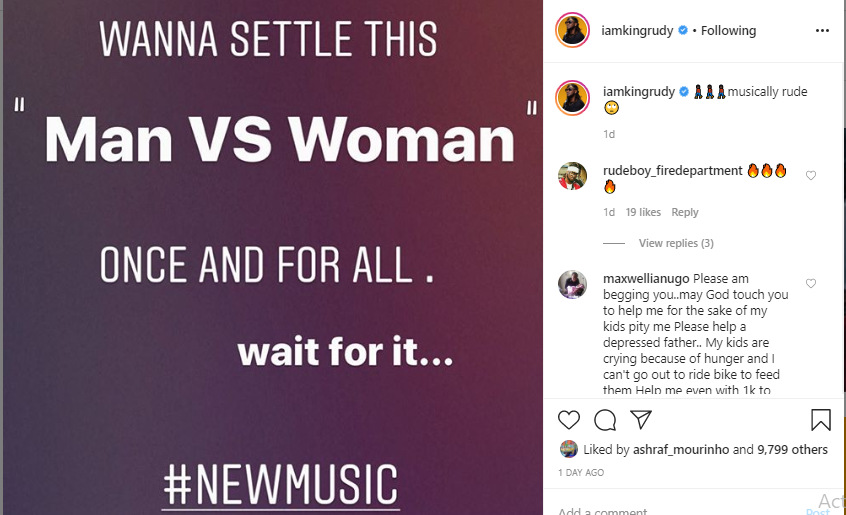 The new music will be dropping at a time several of Rudeboy's songs have been performing well in the charts.

One of the videos that he released this year and is performing well is ‘Take It’ which was posted on YouTube in February and so far it has over 4.3 million views.

Other songs that Rudeboy, born Paul Okoye has released this year include; Fast, Flow e Calle, Wait, Fiona, Arisa, Money Stack and Man Down among others.

Rudeboy also has a good 2019 with a video to his hit single ‘Reason With Me’ attracting over 57 million views.

Watch ‘Reason With Me’ official video;