KiDi has taken to his Twitter handle to apologise for his comments about rapper Sarkodie in 2012, 2013 and 2014 on the platform.

According to him, when he made those post, he did not realise how negatively it would affect the people he talked about.

“But life has taught me to always appreciate people’s hustle and never speak ill about someone else,” KiDi wrote in his apology.

In one of the tweets, he said “Like play Sarkodie wey 2 awards. But I want M.anifest to win” and in another post in 2013 he said, “After R2Bees wins this BET Award, Sarkodie can shut about being the only Ghanaian artiste with BET”.

The ‘Say Cheese‘ has received backlash from Sarkodie fans after they dug up his old tweets about the rapper. 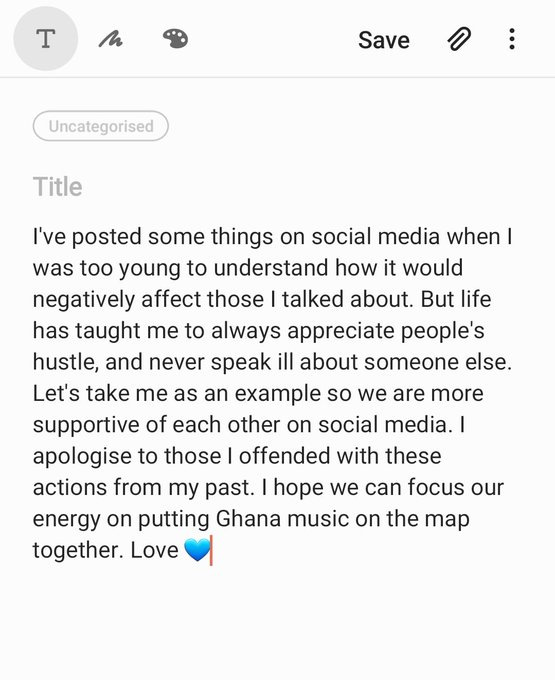 He said that would shut Sarkodie up about being the only Ghanaian artiste with a BET. But as fate will have it, they lost out.