Nadia Mukami Opens Up on Her Biggest Fear, Achievements, and Being Single 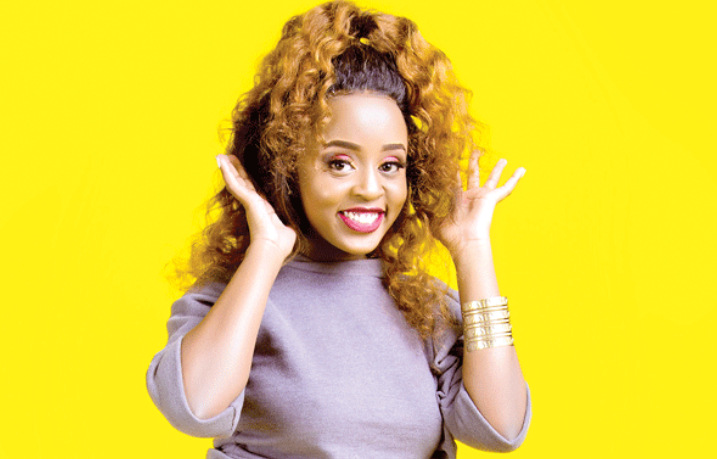 Celebrated Kenyan Afro-pop musician Nadia Mukami has opened up on her life outside music, sharing details on her relationship status, life achievements, and biggest fear among other things.

In an exclusive interview with True Love magazine, she divulged that winning the 2019 female artistes of the year at the Pulse Music Video awards was one of her biggest achievements so far.

She further noted that seeing her music being consumed by fans is another big achievement for her.

Outside music, Nadia Mukami is happy that she finally started her business dubbed Mwihoko fashions. 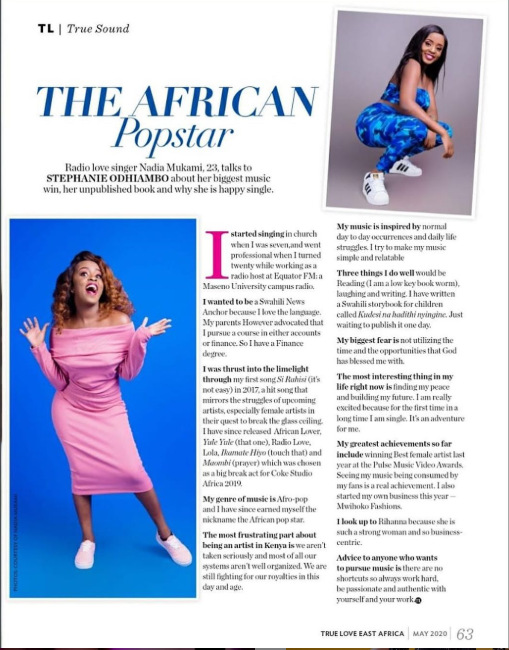 Addressing the question on her biggest fear, Nadia Mukami said “Not utilizing the time and opportunity that God has blessed me with.”

On who she looks up to in her music career, Nakia Mukami noted that she is inspired by Rihanna, who according to her, is a very strong woman and also business centric.

“…I am really excited because for the first time in a long time I am single. It is an adventure for me,” she said.

Nadia is one of the top female artistes in Kenya at the moment, and is currently flying high with hit song ‘Nikune’ in which she was featured by Willy Paul.