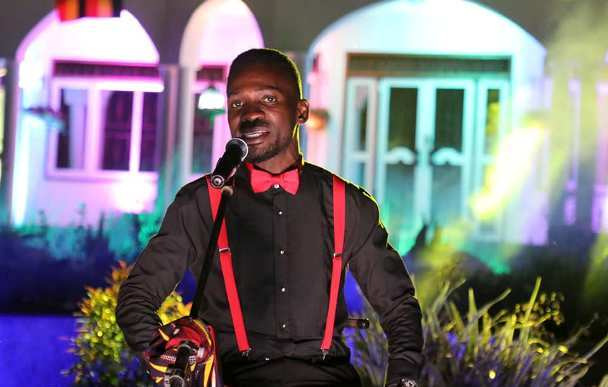 During this quarantine period, Ugandan artistes have resorted to online concerts to keep their ardent fans entertained.

We have seen artistes like Spice Diana, Jose Chameleone, Swangz Avenue, Navio Omulangira Suuna among others perform for their fans on their social media platforms.

Due to high demand from his fans, musician turned politician Robert Kyagulanyi alias Bobi Wine together with his long-time friend and music partner Nubian Li announced that they would be holding their music concert titled ‘Quarantine Special: Ensasagge mu Nyumba’ Online Concert.

The concert kicked off at exactly 9 PM on Sunday and was streaming live on his social media pages and YouTube channel.

Dressed in all-black attire with a red bow tie and a suspender, Bobi Wine kicked off his performance with his popular hit single, 'Wendi'. Nubian Li clad in a traditional kikoyi blazer was around to back him up.

They went on to perform all his old classic songs like Carolina, Mazzi Mawanvu, Singa, among others, plus their collaborations.

He broke the internet with over 29K people streaming live on his Facebook page beating Eddy Kenzo who had 10K viewers when he was addressing his breakup with Rema.

Everything was just perfect and Bobi Wine really set the bar so high for the rest of the artistes that are thinking of holding an online concert.

Everything was on point from the lighting, image, sound, live performance and the music. Bobi Wine's two hour concert was exactly what fans anticipated.

Given the fact that they have spent some time without seeing their icon perform on stage, fans had their fill, free of charge. Bobi Wine could not help but thank fans for the support. 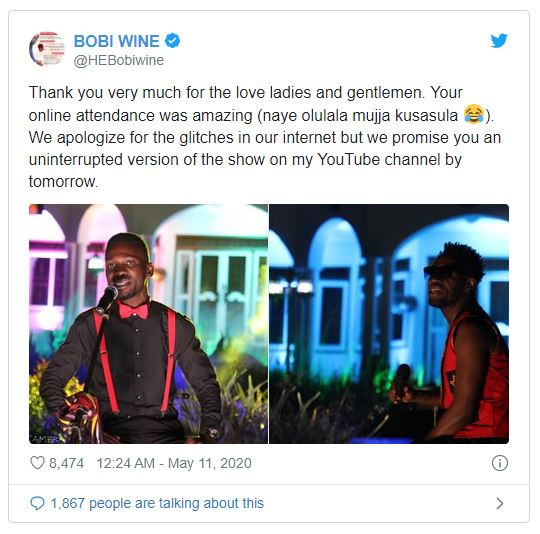