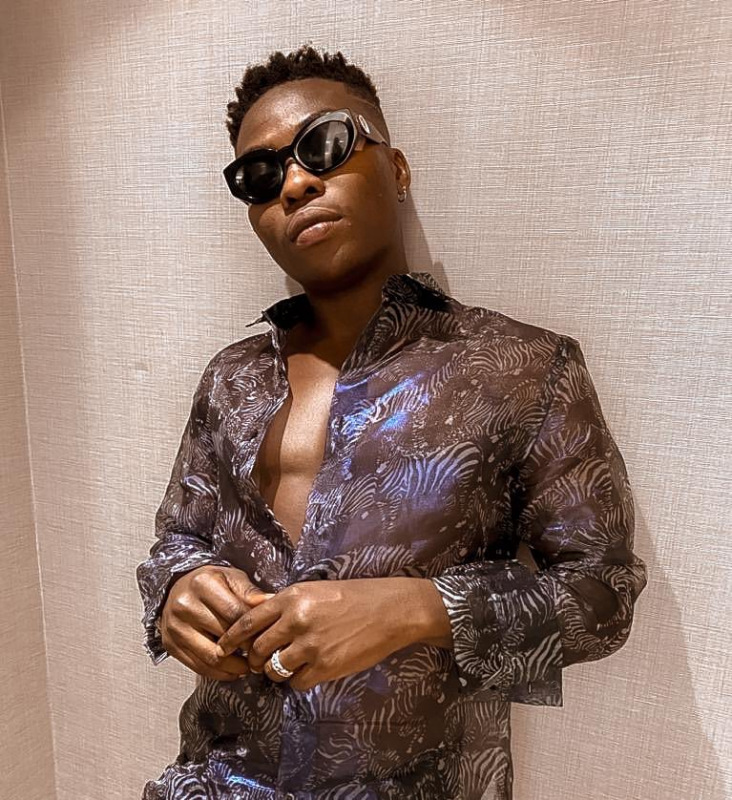 Introducing the new video to his social media family, Reekado Banks said: "We had fun shooting this one! #OPTIONS video featuring my brother @parkerighile OUT NOW." 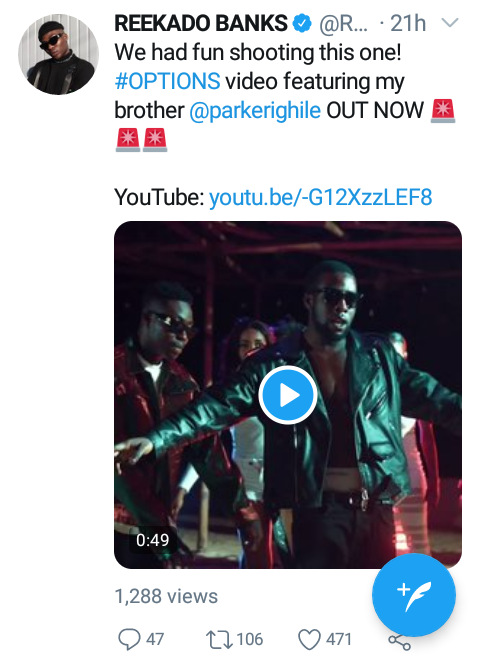 The audio has been performing well since it was released about two weeks ago.

So far the official audio that was posted on YouTube has been watched over 260,000 times.

'Options' is a mid-paced pop tune in Reekado Banks and Parker Ighile sings about this beautiful woman who has caught their attention.

The song has some catchy lines and the video has beautiful sought of an ocean sceneries not to mention beautiful women also.

"You no need to tell me say you got options. When they see you all the boys they dey love struck. Girl I see your body say e dey sumptuous. Girl I no go lie your body gat me fucked up," read part of the lyrics.

"You're body just shake my antenna
Long time you play games like cantana. Everybody know say that you are hot Give you little loving young gurl," adds another line.

The 'Options' video was shot in Gabon where Reekado Banks says he is still trapped following the lockdown that has been caused by the Coronavirus pandemic.

It was directed by Olstrsdesignfx. 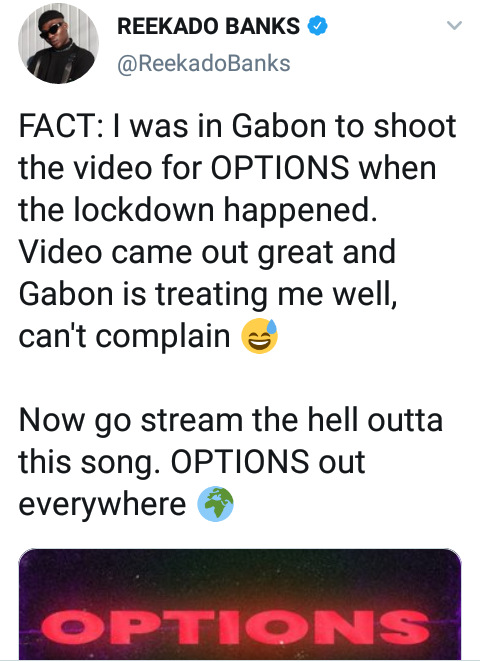 "FACT: I was in Gabon to shoot the video for OPTIONS when the lockdown happened. Video came out great and Gabon is treating me well, can't complain Now go stream the hell outta this song. OPTIONS out everywhere," he tweeted.