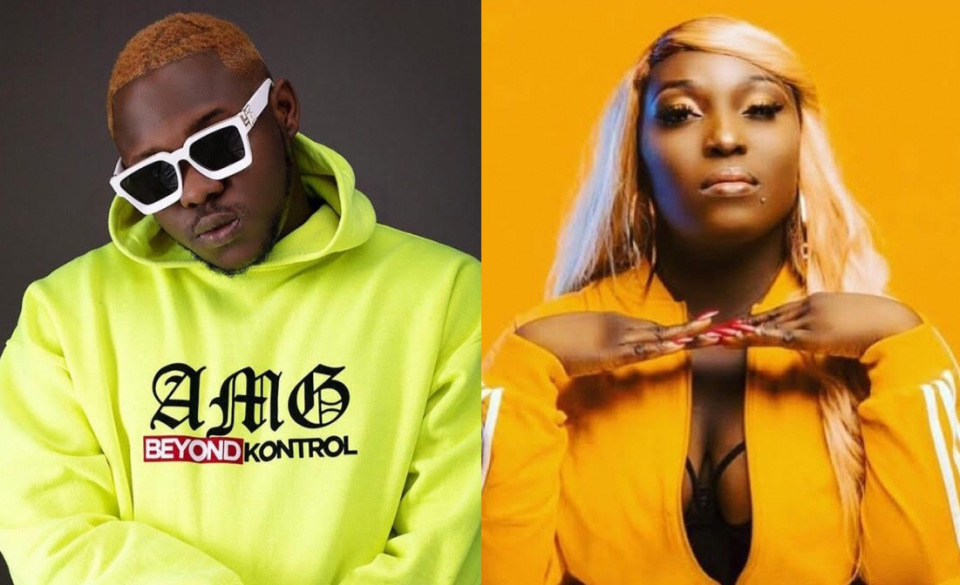 After days of expectations from fans on whether he will respond to Eno Barony’s new diss track, Ghanaian rapper Medikal has shared a cover art for his yet to be released song titled ‘NonSense’.

Reports say the song is in response to Eno’s comments he made about him in her latest diss song that has been trending.

Eno Barony took the Sowutuom-based rapper to the cleaners after she tagged him as the ghost writer for Ghanaian Sista Afia’s diss song to her.

Eno who was unapologetic in her diss song to Sista Afia and Medikal made claims that the 2019 VGMA Rapper of the Year is a wack rapper. In the diss song, she dared Medikal to come forward if he thinks he can stand toe to toe with her.

In an earlier response, Medikal revealed on TV3 that he’s not heard the diss song yet and further stated that he’s concentrating on his family rather engaging in unnecessary lyrical battle.

Medikal’s ‘NonSense’ will be released on May 15 and we are sure it will be fire and will make the beef hotter.