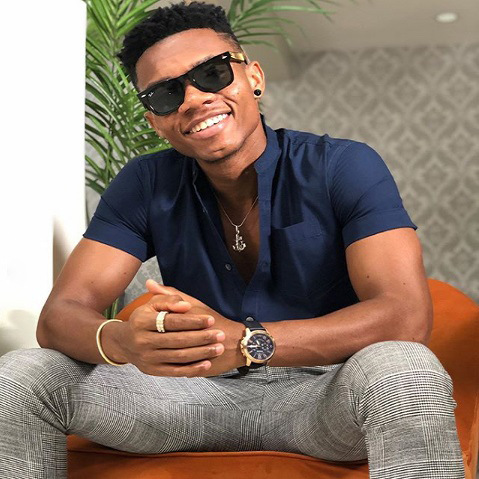 Award-winning Ghanaian highlife/afro pop artiste, KiDi, has said that based on his achievement so far in the Ghanaian music scene, he will win more awards in coming years.

KiDi, who won the Best Male Vocalist award at the 3 Music awards held last Saturday, explained that he had worked so hard as a an artiste and that he truly deserved more awards this year and the years to come.

“I won’t say that I have won awards in just two years of my music career so I don’t care about awards anymore. As an artiste it is my wish that in 10 years time, when you visit my house, you will see all sorts of awards that I have won over the years,” KiDi said.

KiDi who is known in private life as Dennis Nana Dwamena made this known In an interview with Amansan Krakye on Radio Central. The musician had indicated earlier that awards were fulfilling and nice it was one of the ways to show future generations the kind of work you had done as an artiste in the music industry.

Based oh his works, KiDi indicated that he stood a good chance of winning more awards this year because he had worked very hard to register his presence on the music scene.

The afro pop artiste recently revealed plans to feature renowned highlife musician and songwriter, Daddy Lumba, on one of his upcoming songs.

KiDi, who announced his presence on the music scene in 2016, explained that although he considered all the highlife legends as fathers, it would be a dream come true to have Daddy Lumba on one of his songs.

“I have a song there and the only person that I need on that song is Daddy Lumba, it is just there waiting for the right opportunity. Once I get him, God help me, you will hear the song,” Kidi stated.

Signed to Lynx Entertainment label, KiDi is best known for his hit songs such as ‘Odo’, ‘Adepena’, ‘Say You Love Me’ and ‘Thunder’.