Lagbaja Biography, Who is Lagbaja, Who are Lagbaja's family and What is Lagbaja's Net worth 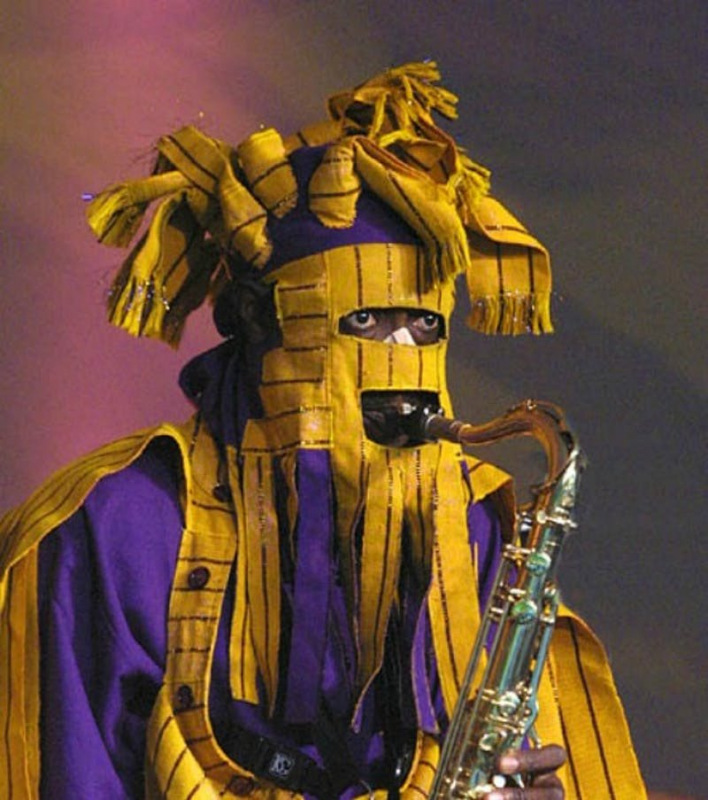 Who is Lagbaja
Lagbaja is a Yoruba word that means "nobody in particular". Official names Bisade Ologunde was born on January 17, 1960 in Lagos, Nigeria from Odogun’s Compound, Ijagbo Community in Oyun Local Government Area of Kwara State. Lagbaja is a Baptist by birth and a Globalcom ambassador. His other name is "Omo baba mu'ko mu'ko" and to effect, He is an Afrobeat singer, renown instrumentalist, and a song-writer. He is currently signed to Motherland’ Music

According to Lágbájá (pronounced la-gba-jah), his mask which has come to be his identity, is used as an icon of man's facelessness. It depicts the anonymity of the so-called "common man". The mask and the name symbolize the faceless, the voiceless in the society, particularly in Africa.
His name is reflected in the choice of his stage attire - a slitted textile and rubber mask in keeping with the carnival tradition of his Yoruba tribe.

Lagbaja Music
Lagbaja formed his first small band in 1991 in Lagos after self-leaning the saxophone. With a high quotient of percussion instruments including congas and talking drums, this group drew its principal inspiration from the traditional highlife music of the 60s, as well as western jazz.
Following regular performances at the Sea Garden venue in Lagos (an aquarium), they soon built up enough local support to acquire bookings at the French Institute.
Their debut album was released in 1992. Colours - The Colour Of Rhythm included versions of stage classics such as ‘My Favourite Things’ and ‘Lilli Bolero’, in addition to the Beatles’ ‘Yesterday’, reflecting Ologunde’s long-standing fascination with English culture and music.
Despite this, his attempts to have the album pressed on compact disc in England in 1993 were aborted when the British Embassy in Lagos refused him a work permit. America proved to be more welcoming. A further cassette followed in 1994, a self-titled collection which included songs such as ‘Naija Must Sweet Again’, which many took to be an attack on Nigeria’s military rulers. This theme was continued on sessions for Lagbaja’s 1996 album. Songs such as ‘Bad Leadership’ concerned what Ologunde views as the biggest problem afflicting contemporary Africa.

He was then invited by the International Red Cross Committee to join Youssou N’Dour, Papa Wemba, and Lucky Dube on a Pan-African project to promote awareness of humanitarian abuses. Each member of Ologunde’s band was sent to selected troubled areas of Africa and invited to submit two songs each documenting their experiences.
The other participants joined together in Senegal to compose and record two of these songs at N’Dour’s Xippi studios. The project was also the subject of a film documentary by Cameroonian director Bassek Bakhobio.
In March 1997, He established his club, Motherlan’ in the heart of Ikeja in Lagos. Motherlan’s design is influenced by the traditional African town or market square, where people gather under the moonlight for ceremonies and artistic events like dance, music, story telling, wrestling etc 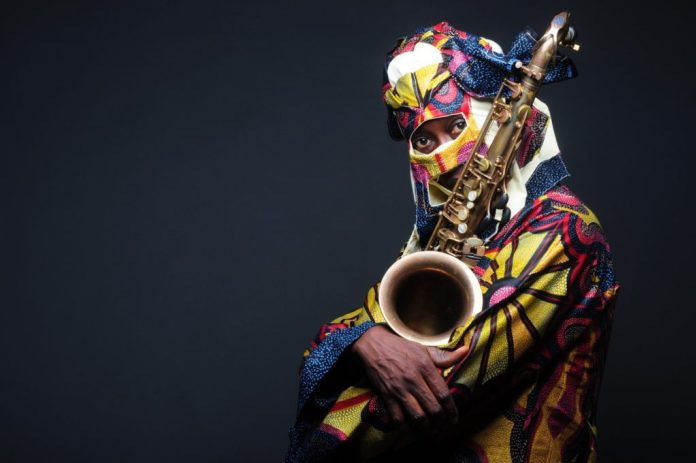 Lagbaja Style and Themes
Lagbaja music fascinates with its unique focus on 'African Yorubadrums'. Four families of these drums are employed in creating different grooves and moods. The dundun/gangan family is the most prominent and at times up to five drummers combine all the various components to create the polyrhythms.
The bata ensemble is led by two musicians who alternate between soft high toned driving rhythms with their omele bata, and thunderous loud talk with their mum drum- iya ilu. The general percussionist leads the sakara drum ensemble. The fourth family, used as the backbone of the groove is the ogido, a derivative of the ancient gbedu.
The ensemble of drummers constitutes the larger part of the band. Vocalists and western instrumentalists and make up the rest. Lagbaja's groovy fusion has been referred to as afro-jazz, afrobeat, highlife, and Afropop until now that he himself has christened the music AFRICANO, alluding mostly to the central role of African drums and grooves in his music.

His music is influenced by a range of