Full List Of Winners At The Virtual 3Music Awards 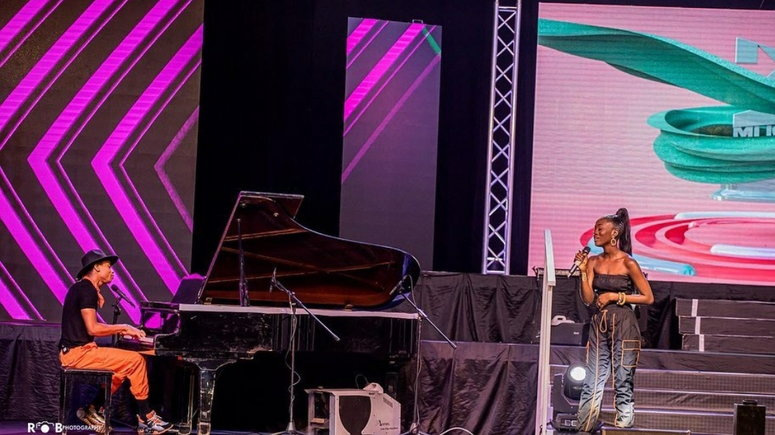 After so much anticipation on how a virual award will look like, the 3Music Awars came off last weekend May 2 virtually from an unknown location in Accra.

The award, which has become one of Ghana's favourite music awards aside from the Vodafone Ghana Music Awards (VGMAs) was initially scheduled to take place somewhere in April but had to be postponed and made virtual as a result of the COVID-19 Pandemic.

The night saw performances from top musicians such as Daughters of Glorious Jesus who performed under strict social distancing protocols.

Of all nominated artistes, Sarkodie won the most award with Kofi Kinaata taking home the biggest award of the night which is the Song of the Year with his hit song Things Fall Apart.

Below is the full list of winners at the 2020 3Music Awards:

Group of the Year – DopeNation

Producer of the Year – MOG Beatz

Fan Army of the Year – SarkNation

Hiphop Song of the Year – Kofi Mole (Don’t Be Late)

Male Act of the Year – Sarkodie

African Act of the Year – Teni

Breakthrough Act of the Year – Fameye

DJ of the Year – DJ Vyrusky

Female of the Year – Diana Hamilton

Album of the Year – Okyeame Kwame (Made In Ghana)

Music Video of the Year – Amaarae

Best Performer of the Year – Samini