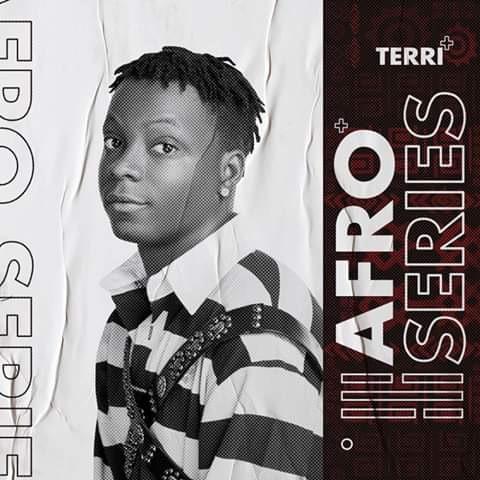 Terri who was signed by Wizkid's record label early this year on Friday announced the release of the project dubbed 'Afroseries'.

Initially, 'Afroseries', a 7-song Extended Play (EP) was scheduled for release on May 8th.

Only the lead single in the EP titled 'Ojoro' was to be released on Friday, May 1st.

It is not clear why Starboy Entertainment had a change of plans for the release of the project which is now available to all music platforms globally.

In a post on his social media pages introducing his latest project, Terri appreciated all that have worked with him in ensuring the project is delivered.

"I especially want to thank everyone that worked on this project with me, was quite a journey and we pulled through strong! To all my fans as well thank you for staying with me, click the link on my bio to listen to my first body of work #AFROSERIES!! Full E.P out now !!," he posted on Instagram alongside a track list of the EP.

The Afro series EP has been worked on by different producers among Sarz, Iambeatz, Killertunez, Tuzi, and Blaise Beatz. 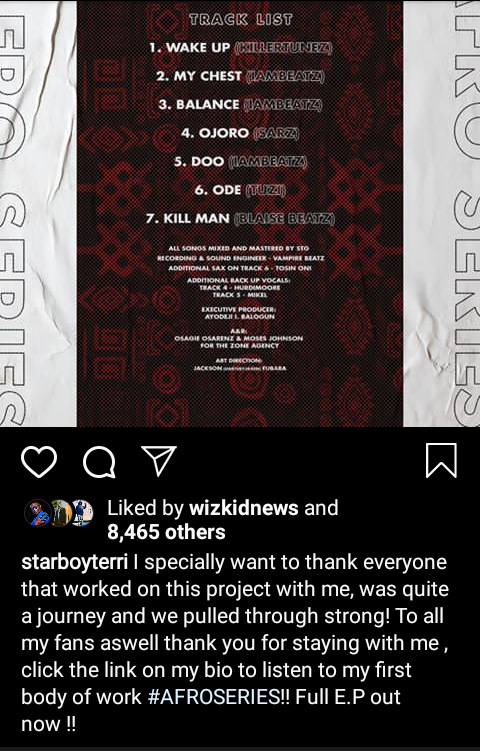 Tracks in the Afroseries EP are:

In all the songs, Terri has not featured any artist.

This body of work was long overdue given the potential that the young singer has.

He released his first single in 2018 titled 'Bia'.