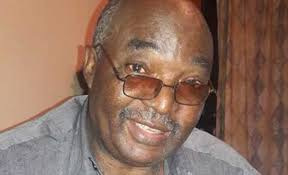 Deputy President William Ruto is mourning the demise of Super Mazembe maestro Kasongo wa Kanema who passed on Wednesday at the age 73.

In a number of tweets, DP Ruto described the fallen Rhumba Maestro as the best tenor vocalist to ever exist in East Africa. He also passed a message of condolences to the family and friends of the celebrated singer.

“Our prayers and sympathies to the Kasongo family, friends and rhumba fraternity. Rest In Peace. A gifted manager who ran Orchestra Super Mazembe with gusto and tutored high-ranking musicians like Disco Longwa, Maurice Kasongo, the Longombas, among others, Kasongo was unflappable, modest, mindful and ever keen to share musical discoveries on the air. Kasongo wa Kanema was a supreme tenor vocalist, perhaps East Africa’s best tenor vocalist; he was an integral cog of the revered rhumba music and will be fondly remembered for his lead vocals in the Kakolele Viva Christmas track. His greatest hits were Shauri Yako and Kasongo” reads a number of tweets from DP Ruto. 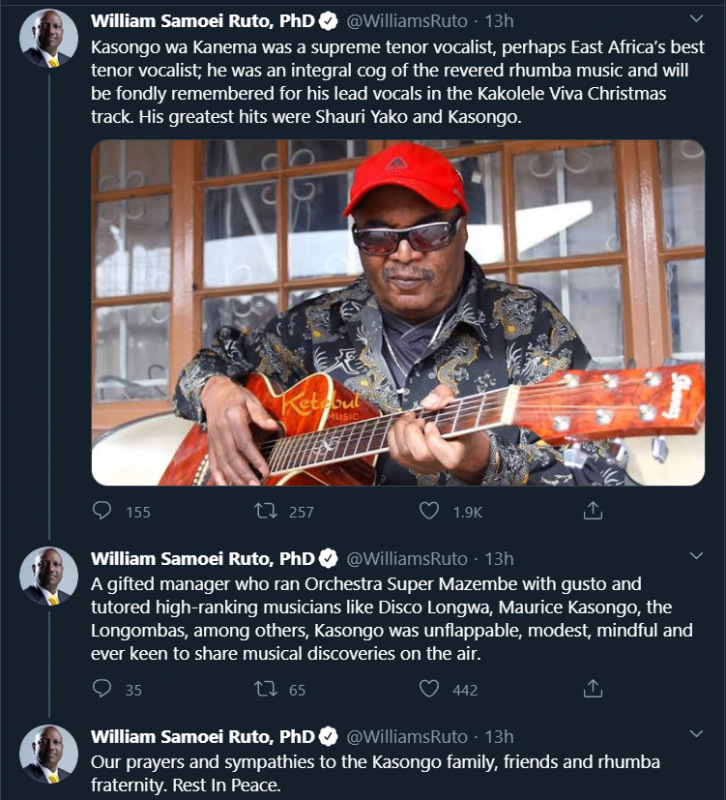 Kasongo passed on at his home in Lang’ata. He was battling with high blood pressure that later culminated into a stroke.

The legendary musician served as a guitarist, singer and song composer for Super Mazembe for 40 years.

He took a break from music back in 2017 after being advised by his Doctor and he was among the last three surviving band members of Super Mazembe band.

Kasongo’s son and former Camp Mulla member Shappaman also took to social media to mourn his father saying “Love you man! I won’t let you down, I promise!”.