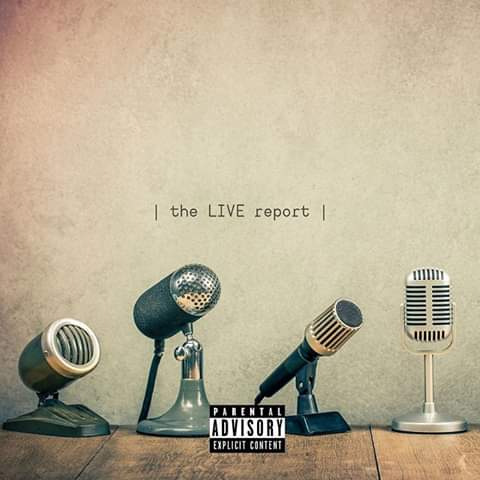 The EP titled 'The Live Report' was officially released on Wednesday and it also features Big Daddy.

Commending about the new project, Big Daddy tweeted; "The Live Report by @thisisAQ and @MI_Abaga is arguably the biggest project I have worked on in my entire career as a producer. Not only because of the names involved or because it's also for the culture but the message here is too strong Stay safe." 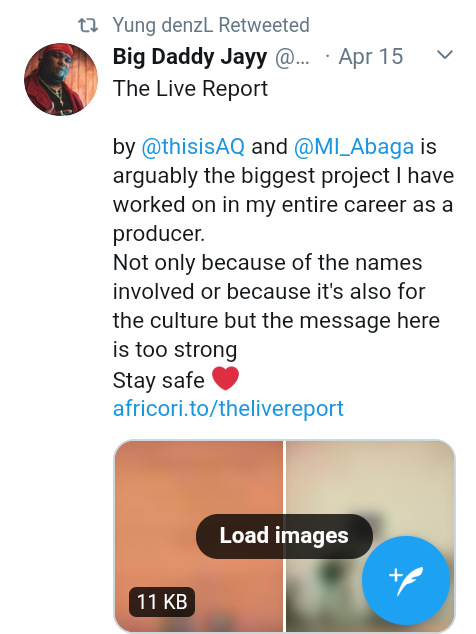 The EP has already been received positively by fans and within 24 hours it had been ranked as a number one album in Nigeria. 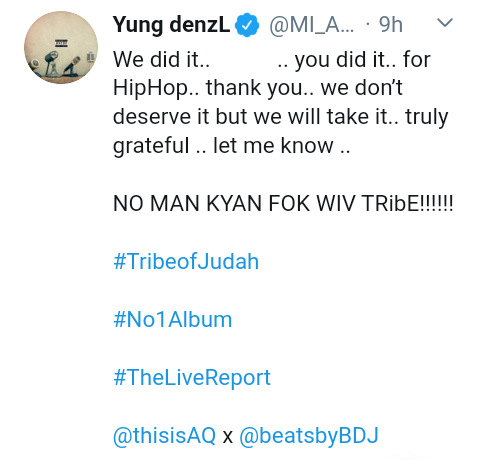 M.I Abaga officially known as Jude Abaga left his position as the CEO of Chocolate City in September 2019, a position he held from June 2015 to 2019.

Several Nigerian artists have released EPs recently, a trend that is probably contributed by the 'quarantine' effects that have been occasioned by the Coronavirus pandemic.

Or perhaps the artists are aware that when confined indoors, their fans need something to keep them busy, and what best way than dropping new music.

It started with Davido Music Worldwide (DMW) duo Peruzzi and Mayorkun who dropped '3 The EP' and 'Geng (The Remix EP') followed by Teni who teamed up with DJ Neptune for the 'Quarantine Playlist EP.