Rema: Comparisons Between Me And My Heroes (Davido and Wizkid) Are Unnecessary 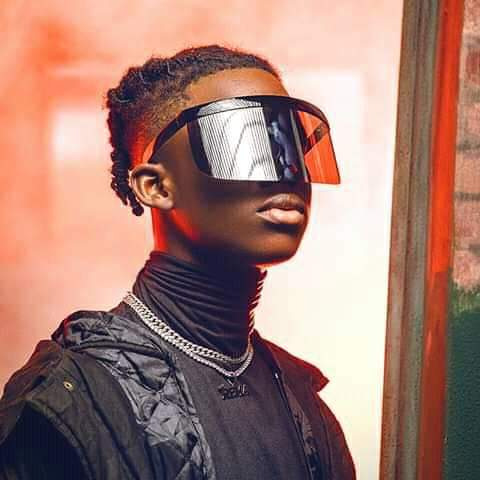 Divine Ikubor, known professionally as Rema seems to be unfancied with a section of social media users who usually try to compare him with Nigerian superstars Davido and Wizkid.

The comparisons have been going on for a while now, forcing Rema to wade into the discussions.

In a tweet on Sunday, April 12, the super talented musician said the comparisons were unnecessary.

He also pointed out that Davido and Wizkid are his heroes.

According to Rema, there is a need for Afrobeat fans to celebrate and support all artists rather that than bringing them down.

"My win is YOUR win, Afrobeat is a movement & we need all the support we can get. The comparisons between me & my heroes are unnecessary, let’s stop bringing down our own. Let’s celebrate where Afrobeat is at today and focus on where it will be tomorrow, God bless you all," Rema tweeted. 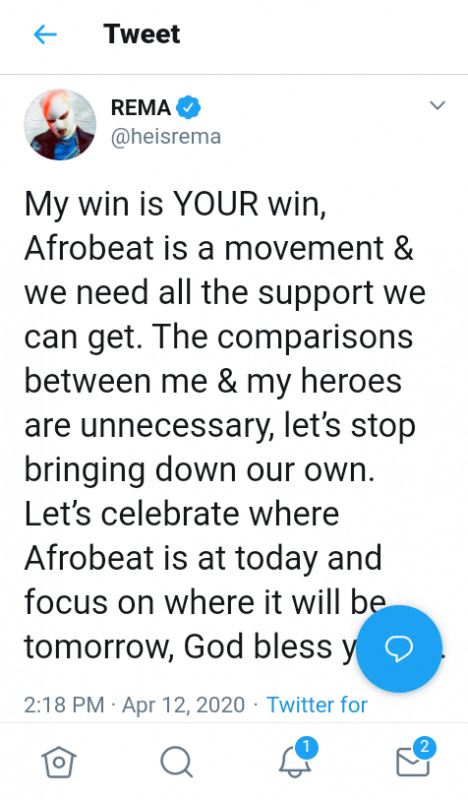 Davido and Wizkid are ranked highly among not only popular and veteran artists in the West African music industry but are also considered among the influential personalities.

The duo has won multiple major awards between themselves.

Rema, a singer, and rapper, on the other hand is considered among the fast-rising Nigerian artists.

In 2019, he signed a record deal with Jonzing World, a subsidiary of Mavin Records.

He rose to prominence with the release of the song "Iron Man", which appeared on Barack Obama's 2019 summer Playlist.