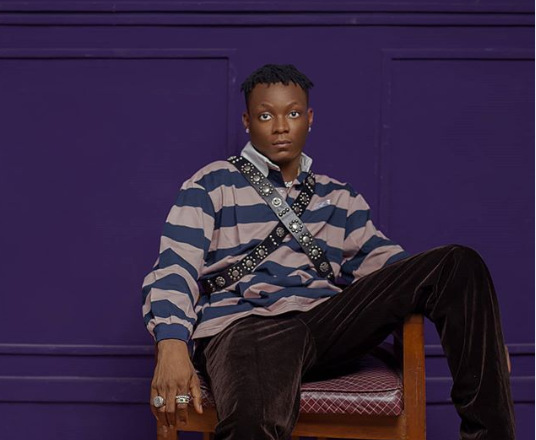 Starboy’s fast-rising singer Terri will be releasing his debut album next month.

In a post on his social media pages on Monday, the Wizkid protégé said the new album titled ‘Afroseries’ will officially be released on May 8th.

“Afroseries It’s GO time guys!! AfroSeries out on the 8th of May. Watch this space for more information and thanks for riding this journey with me,” read part of the post on Instagram.

Terri also shared a message with his Twitter followers and seemed to be aware of the fact that he had taken too long to release the new album. 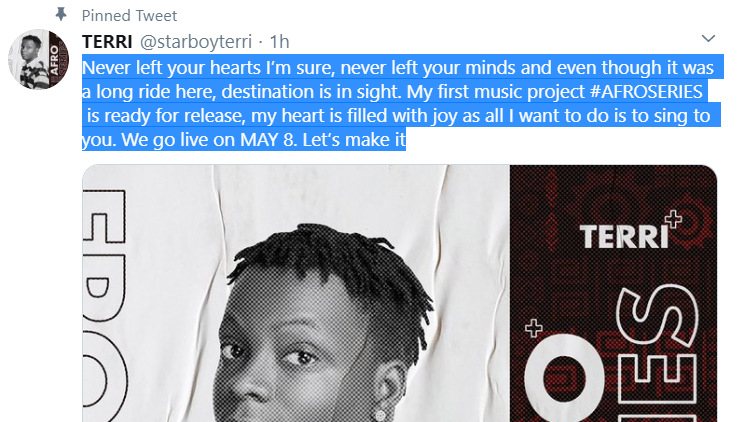 He tweeted: “Never left your hearts I’m sure, never left your minds and even though it was a long ride here, the destination is in sight. My first music project #AFROSERIES is ready for release, my heart is filled with joy as all I want to do is to sing to you. We go live on MAY 8. Let’s make it.”

Wizkid also shared the news on the upcoming new album release on his social media pages. 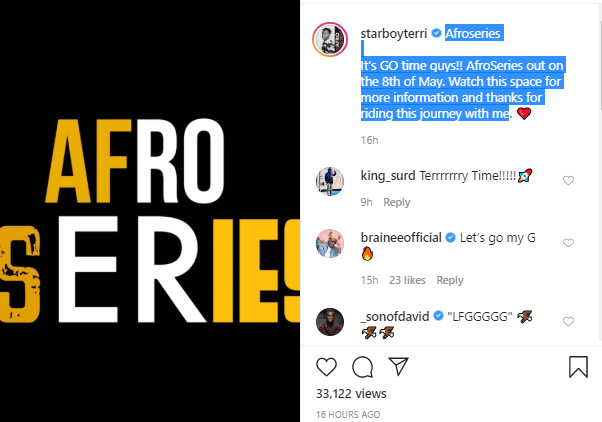 Terri officially known as Terry Daniel Akewe is a pop singer who rose to fame after he did a cover of Wizkid's ‘Oshe’ after which he was signed in to the Starboy Entertainment record.

He released his first single titled ‘Bia’ in September 2018.

Other songs that Terri has released so far include; Shu, One Me, and Non-Stop.