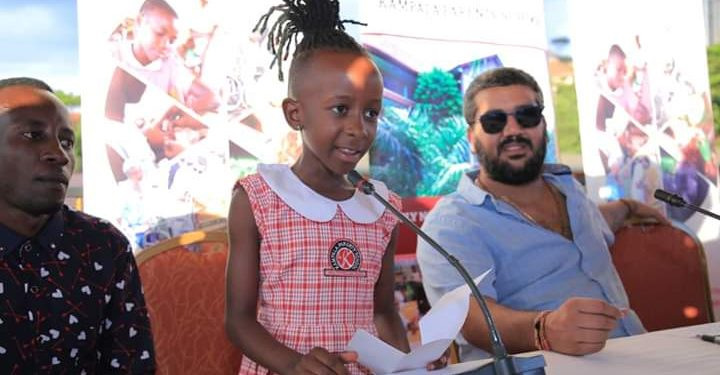 The young rapper did not release the audio officially due to the ban on public transport to take her to studio, but Felista dropped the video online and it has people talking.

Recording herself at their home, Felista requested her father to throw in the 'Make it Clap' instrumental by Busta Rhymes for her to chip in her bars.

In her 2 minutes recording, Felista encouraged everyone to stay home and avoid the spread of corona virus.

She also encouraged the government to provide the people with food since they are not working.

The way she uniquely laid out her lyrics, at her age, fans in the comment section swore that she was better than most of the luga flow rappers who are already in the game.

Felista was raised by a single father Mr. Nyanzi Michael Kasibante; who introduced her to music, also taking on the role of her manager.

Earlier this year, her enormous talent attracted The Ruparelia Foundation Managing Director, Rajiv Ruparelia who awarded her a fully paid scholarship at the Kampala Parents’ School together with fellow young rapper Fresh Kid.

Felista already has a hit single ‘Nawambye' that is doing really well.