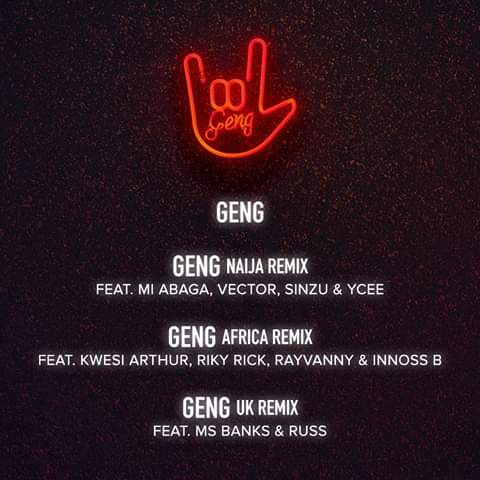 Afro-pop superstar Mayorkun has has delivered a musicial masterstroke in his latest project.

In each of the three tracks, Mayorkun, nicknamed the Mayor of Lagos, has teamed up with different artists, the top guns in that matter.

The artists are categorized into Nigeria, Africa and United Kingdom (UK).

In the second song of the EP dubbed 'Geng Africa Remix' the singer singed to Davido Music Worldwide (DMW) brings in the very best of African musicians Tanzanian Rayvanny, Innoss B of Congo, Riky Rick and Kwes Arthur.

The third song in the 'Geng' (The Remix EP) is 'Geng UK Remix' which features British rapper MS Banks and American rapper Russ. 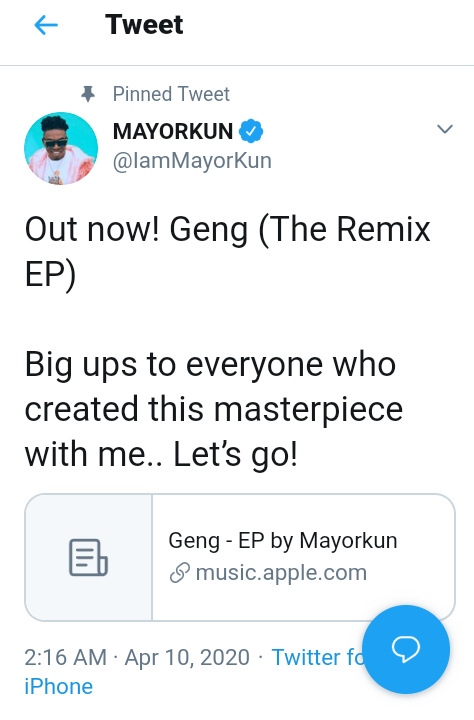 In each of the three songs, all the artists featured have their own verses and we must appreciate the quality that they bring into the remixes which are destined to be great tunes.

The original 'Geng' banger was dropped in February this year and the new 'Geng' (The Remix EP) merely cements Mayorkun's growing influence in the Nigerian Music industry.

While introducing the new project, the singer tweeted; "Out now! Geng (The Remix EP) Big ups to everyone who created this masterpiece with me.. Let’s go!"

So far only the audio for the three songs have been released.

Mayorkun had a successful 2019 dropping hit songs like ‘True' with Kizz Daniel and ‘Up To Something' and it seems he is just getting better in 2020.