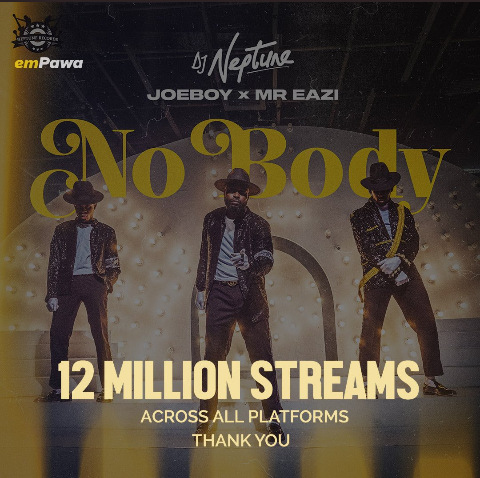 A joint effort by award-winning international disc jockey and producer DJ Neptune with emPawa’s Mr Eazi and Joeboy dubbed ‘Nobody‘ has reached a new milestone in the music industry.

The song that was officially released about a month ago, to be specific, on February 5, has so far attained 12 million streams across all the music streaming platforms.

emPawa boss Mr. Eazi while celebrating the milestone seemed to suggest that it has been contributed by the current Coronavirus pandemic where people are technically indoors, in other words, quarantined. 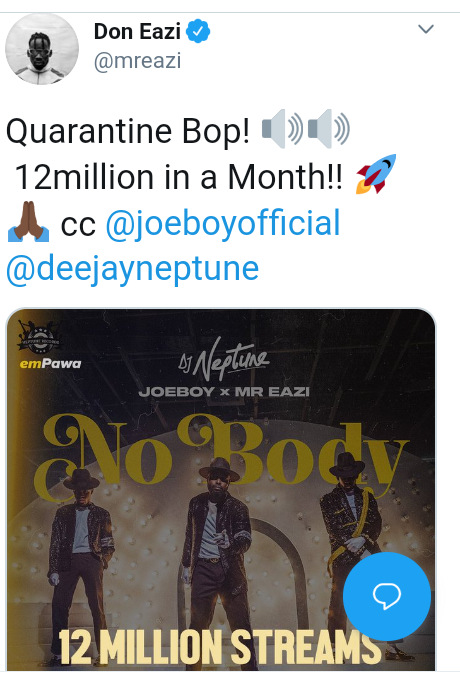 "Quarantine Bop! 12million in a Month!!," Mr. Eazi tweeted tagging along with Joeboy and DJ Neptune

The audio and visuals for the 'Nobody' song were released on the same day.

A look at the official video posted on YouTube indicates that it has so far been watched over 2.4 million times.

'Nobody' off DJ Neptune’s yet to be released project dubbed 'The Greatness II' (Sounds of Neptune) was produced by Neptune Records in-house producer Magic Sticks while the video was directed by TG Omori.