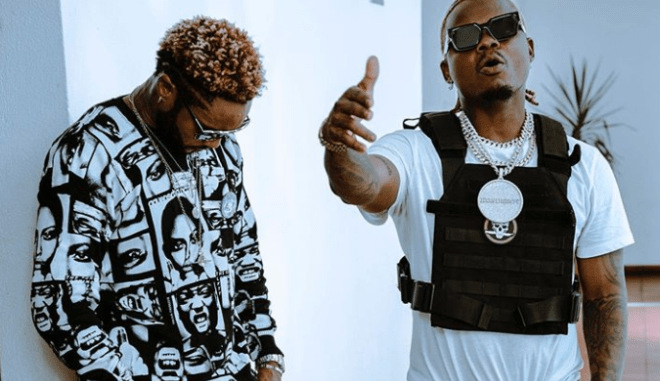 This is a love song about a man who misses what he shared with his lover, who is no longer around.

Harmonize sings about his wish to see the departed lover for one last time because he misses her so much.

He laments that the lady might have deported due to money issues, something that has left him on the verge of death.

The two artistes have incorporated both bongo and Lingala elements into the song. The elements are evenly distributed across the song.

At the start, one might think it is another bongo hit, only for Lingala to take over as the song hits its climax.

We can see Harmonize display his Lingala dancing skills in this song and to some extent, one might think he is a full-time Lingala musician.

On his part, L Rice sings in French and at some point he tries singing in Swahili, perfectly nailing it.

A couple of days after it premiered, the video is doing relatively well with over 28,000 views on YouTube.

The album has achieved much success on different digital platforms.