Ykee Benda, A Pass' 'Turn Up The Vibe’ Wins Fezah's Most Played Song for 3 Months 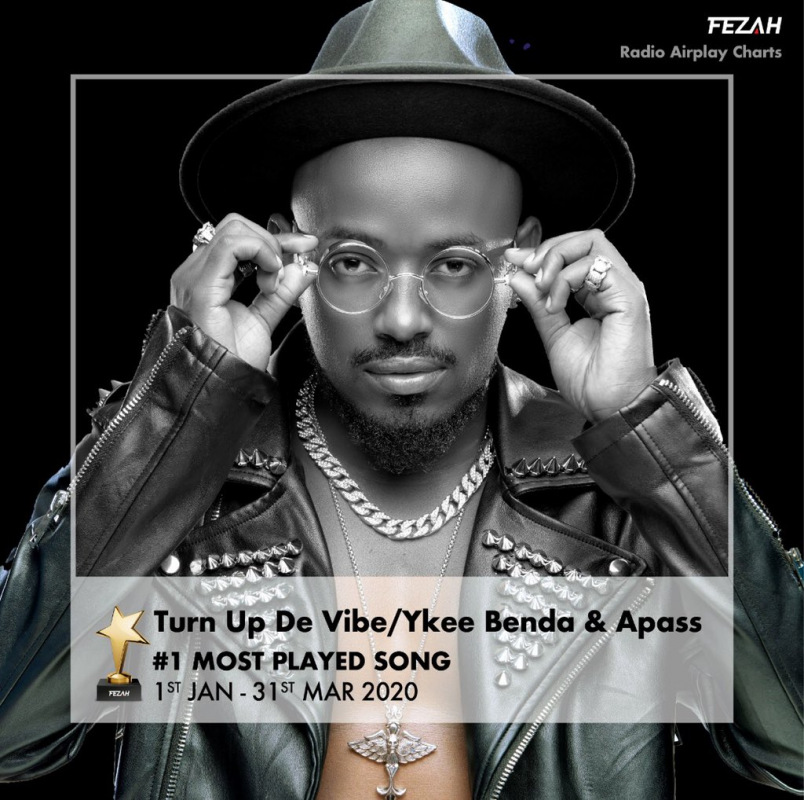 Ugandan artistes Ykee Benda and A Pass are elated after receiving another recognition for their hit song 'Turn Up The Vibe'.

From topping charts on TVs and radios to becoming a club banger, 'Turn Up The Vibe' has been recognized by the Fezah app for being the most played song on radio for the past three months.

An excited Ykee Benda took to his social media and thanked the fans who have done a good job in streaming, downloading, playing and requesting for the song on media platforms.

“Thank you Thank you my fans and @IamApass’s fans. THIS IS THE MOST PLAYED SONG ON RADIO FOR 3 MONTHS STRAIGHT ON RADIO. I am Grateful" Ykee posted.

'Turn Up The Vibe' was sang in Luganda and English and has an old-skool-reggae feeling that will get you up on your feet.

The audio was produced by award winning producer Nessim Pan Production, while the video was shot by Swangz Avenue Films and directed by renowned videographer Marvin Musoke.

It also notifies musicians every time their music is played on radio. Musicians also get detailed airplay analytics by radio station and show, by month and time of day.