Entertainment Should Not Stop Because of Coronavirus - Sarkodie Replies Shatta Wale 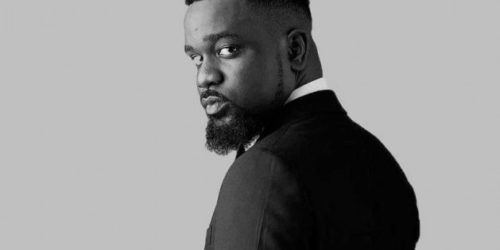 Celebrated Ghanaian rapper and singer, Michael Owusu Addo, known popularly as Sarkodie has thrown jabs at critics who think the time is not right for him to release his ‘Sub Zero’ diss track.

The award-winning musician has stated emphatically that activities in the creative industry should not come to a halt simply because there is a pandemic.

“Sarkodie is talking about beef and the industry is happy. I’m disappointed, I thought you were going to tell me he’s donated some few things to some needy people but if Sarkodie has really thrown a shot at me in this time of our life where people are dying when people need help…,” he said.

Sarkodie was replying to dancehall artiste Shata Wale who has criticized him and said he was very disappointed in Sarkodie for releasing a diss song at a time that the world is currently battling the deadly Coronavirus (COVID-19). Shatta Wale made his opinion known on TV3 New Day with MzGee on Tuesday, April, 7.

Shortly after Shatta Wale made those comments, the rapper responded that “Berma gyae gyimie no (Stop fooling, young man) … you feel say I get time to throw a shot at you by this time… emotional singers.”

Commenting further on the issue in an exclusive interview with MzGee on TV3 New Day, from New Jersey in the State where he is currently locked down, Sarkodie on Wednesday said there is nothing wrong with the timing for the release.

“It’s about how you want to see it because how I see it is different…This is music and in this COVID-19 everybody has to do their work. We can advocate for the information that people have to hear which is very necessary…but as entertainers, we still don’t have to stop working… so as Sarkodie, Shatta Wale, Stonebwoy, whoever that is doing music it doesn’t stop because this is the time that they actually need it.”

He believes strongly that this is the time that they have to use entertainment to give back to society. Sarkodie noted an instance where a hospital actually invited a musician to play for the patients.

“I hate it when people see our job as fun or hobby. This is a serious job, I’m an artiste and these times we need these things… Shatta Wale did a live concert which was beautiful because that takes your mind of what is happening…we are artistes as much as we want to also panic, we have a job to entertain,” the rapper further explained.

Sarkodie further argued that the death rate might even go up if there was no entertainment.