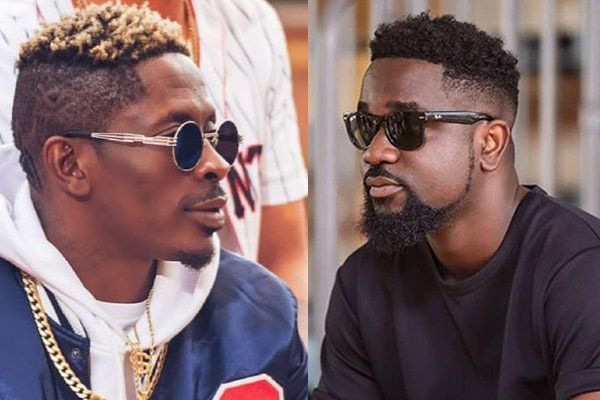 A new beef is brewing again in the Ghanaian entertainment industry as a celebrated rapper, Sarkodie, and controversial dancehall artiste, Shatta Wale, seem to be throwing ‘cyber’ punches at each other on social media.

In the latest update on this, born Charles Nii Armah Mensah has blamed artistes like Sarkodie for the government’s reluctance in supporting and taking the arts industry seriously.
His assertion is based on the fact that Sarkodie chose to release a diss song in a time like this when the world was battling COVID-19.

According to him, it is stupid for an artiste to think of releasing a diss song during this period that the government is faced with a challenge.
Shatta Wale believes that this is the time Ghanaian musicians should also support the government in its fight against Coronavirus and not fight among themselves.

He stated that government officials will continue to take the arts industry for granted because people who make up the industry do not think strategically.

“If you’ll release such a song for beef, at least not at this time when people are dying. So If the President goes on Twitter right now, he will be told that while the government is working towards fighting Coronavirus, the musicians are also fighting among themselves. The President won’t take the arts seriously,” Shatta Wale said.