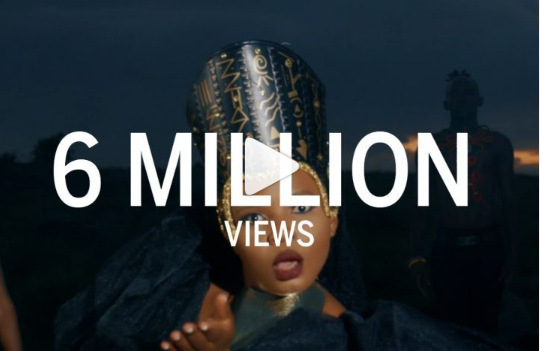 This is after her hit single ‘Shekere’ surpassed 6 million views on YouTube.

‘Shekere’ is part of Yemi Alade’s recent album dubbed ‘Woman of Steel’ that was officially released on August 30, 2019, through Effyzzie Music Group and Universal Music Africa.

The video to the song that features Beninese singer-songwriter Angélique Kpasseloko Hinto Hounsinou Kandjo Manta Zogbin Kidjo, known as Angélique Kidjo, was however released in February 2020.

‘Shekere’ video premiered on February 5 and has so far garnered over 6.1 million views, which is within about two months.

‘Shekere’ is arguably the most popular songs in the 15-track ‘Woman of Steel’ album described by Yemi Alade as a "buffet with different kinds of meals and drinks".

Other songs in the album include; Night and Day, Home, Shake, Give Them, Vibe, Yeba, Remind You, Nobody, Poverty, Lai Lai, Somto, CIA (Criminal In Agbada), Poverty (Swahili Version), and Oh My Gosh (Remix).

Since its premiere, the singer has been engaging her fans in #shekeredancechallenge in which she allows them to share short videos of them dancing along to the tune.

Several videos from the challenge are always posted by Yemi Alade to, mainly her Instagram and Facebook stories section.

This has to some extend played a role in helping the ‘Shekere’ video garner such a massive viewership within a short time.