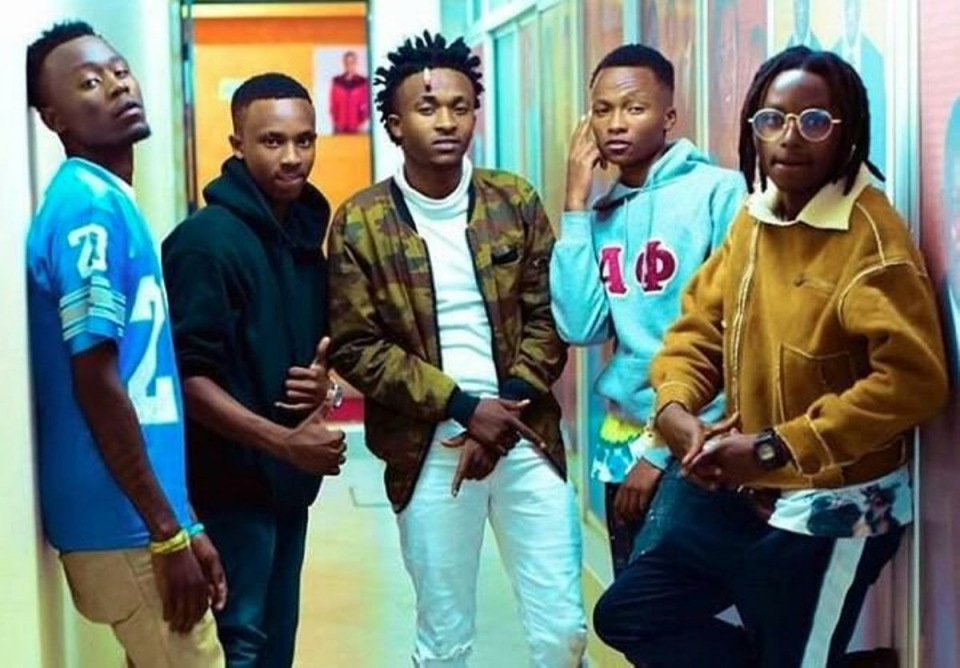 ‘Dunda’ is a Sheng word that loosely translates to ‘partying’, and is line with the song’s theme which is all about having a good time.

The beats have been well selected and are in line with the song’s partying theme. Listening to ‘Dunda’, you will surely start dancing to it.

Like all their other songs, the lyrics are a mixture of coded words that can only be understood by natives of Sheng, and their die hard followers.

The new release produced by Mavo on the Beat has adopted an animation video courtesy of  A Prince Visual.

One notable feature is the fact that the song has been posted on Sailor’s YouTube channel, and not that of Mwalimu Rachael; their manager, as had been the norm before.

The change is probably because the group has already grown their YouTube Channel, and are feeling like it is about time they start sharing videos on it, to facilitate continuous growth.

In a description message on YouTube, the group noted that the song was meant to celebrate one of them; Miracle Baby, who is turning 24, and also their hit song ‘Wamlambez’, which is a year old today.

“#Sailors tumerudi tenaaa! This time around we have a banger called #DUNDA shen'g for party. We are extra excited because today is also #MiracleBabysBirthday! He turns 24. ALSO, we are celebrating 1 YEAR since our hit song Wamlambez dropped. NICE! We may be behind closed doors because of this Corona Virus but let this song cheer us up and let's hope we will be back on stage soon to perform for you. Tunawapendaaa! Thanks for your continued support. Stay safe.,” Sailors posted.

As you are locked in your house during quarantine, Sailore have got you covered. Listen to their new hit and ‘Dunda’ as you have a good time.