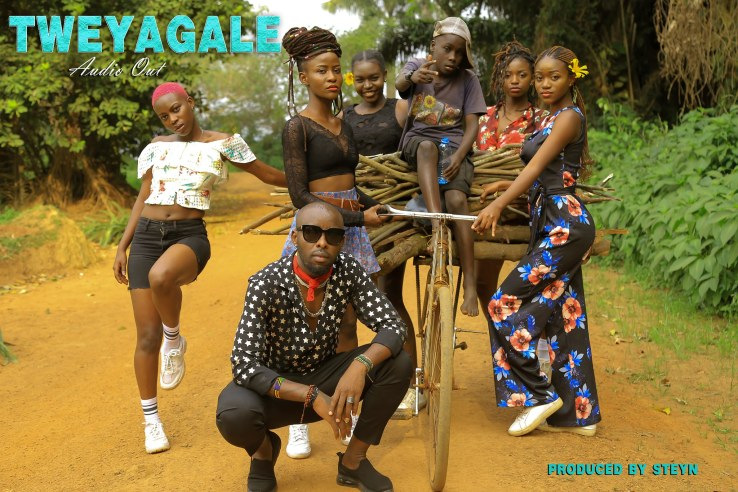 The music industry in Uganda is very dynamic. Each day, we get to hear a new song and watch a video that is probably better than our previous favorite one.

The songs that usually make it to the top do not normally come from already established stars.

Ugandans do not care if you are a budding artiste, as long as your song is a danceable vibe or it is relatable to the situation at hand.

Since everyone is on lock down and not allowed to go clubing, we have rounded up the list of the top five songs that Ugandans are listening to and requesting for on both TV and radio stations.

Despite being released over two months ago, this massive jam by Eddy Kenzo is still topping people's playlists.  Just a little different from his usual beats, Tweyagale is a bit slow with a 'danceable vibe'.

In the song, Kenzo encourages everyone to have fun despite the challenges in life.

Most people love it because it is totally relatable. It was produced by A Steyn and video shot by Gryem Films International.

Two of the most trending artists in Uganda right now, Ykee Benda and A Pass teamed up on a song titled, 'Turn Up Di Vibe' which has captured people's attention.

The video takes music lovers back to the 70’s with a colorful retro-themed vibe.

Both A Pass and Ykee, serve us with old skool attires that dominated the fashion scene back then.

The one minute song that has already garnered more than 800k views on YouTube has received massive support and is trending worldwide. It is currently trending on number 1 on YouTube Uganda

This was Jose Chameleone's first solo project in 2020. Just like most of his songs, this jam preaches hope and faith.

It is the kind of song you can play at the comfort of your home after a long day of hustling and it actually gives you hope for a better tomorrow.

Bebe Cool has so far released two songs about corona virus but the first version is doing way better. What captures people's attention mostly is Bebe Cool's introduction where he reads out the Ministry of health's toll free number in case of emergencies.