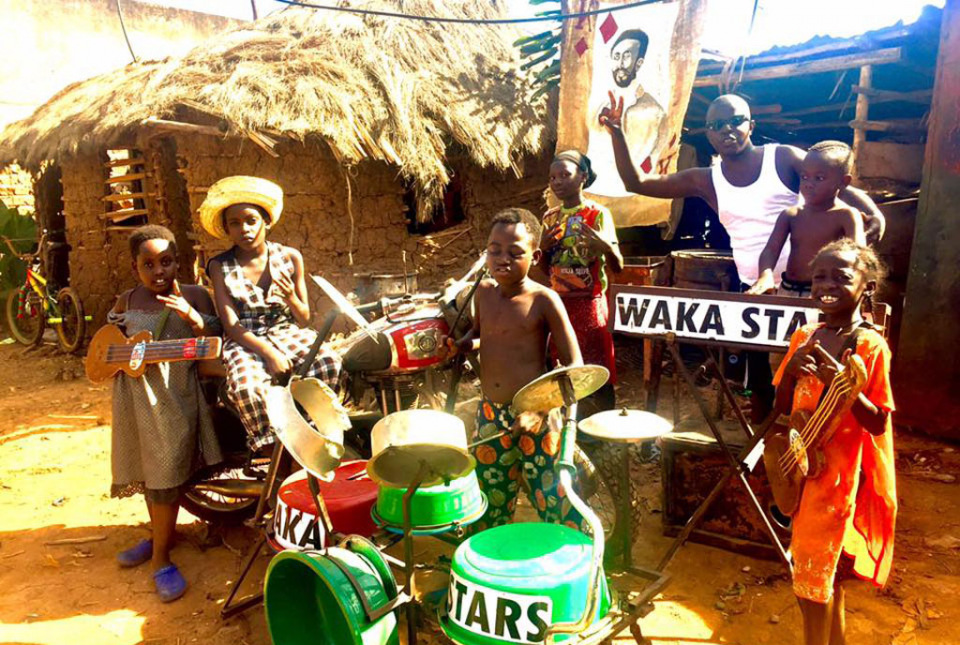 Uganda's Waka Stars Band; a group of young actors and actresses are back at it again.

The song sensitizing people about the deadly Corona Virus was released on the 25th of March and has already garnered more than 800K views on YouTube, and is also trending both locally and internationally.

Known for their creativity, Waka Stars have created their own version of this song.

In the video, we see them playing musical instruments that are locally made from plastics and steel.

"These children are super talented! Well done. Thanks for spreading the message about #COVID19 and for being super talented. Hopefully, when this season has passed, I'll have chance to meet you all in person." Bobi Wine rained praises on the youngsters on watching the video.

The Waka Stars Band broke through our screens when they recorded themselves singing to Spice Diana's ‘Anti Kale’ single, which did not have an official video that time.

They also reworked Joel Sebunjo's ‘Rise Up Africa’ off his album United Slaves of Africa.

“These kids bring out the beauty in Africa and they portray the picture of Africa and how the people of Africa live happily and that was what they showed in the video,” Sebunjo described the band.