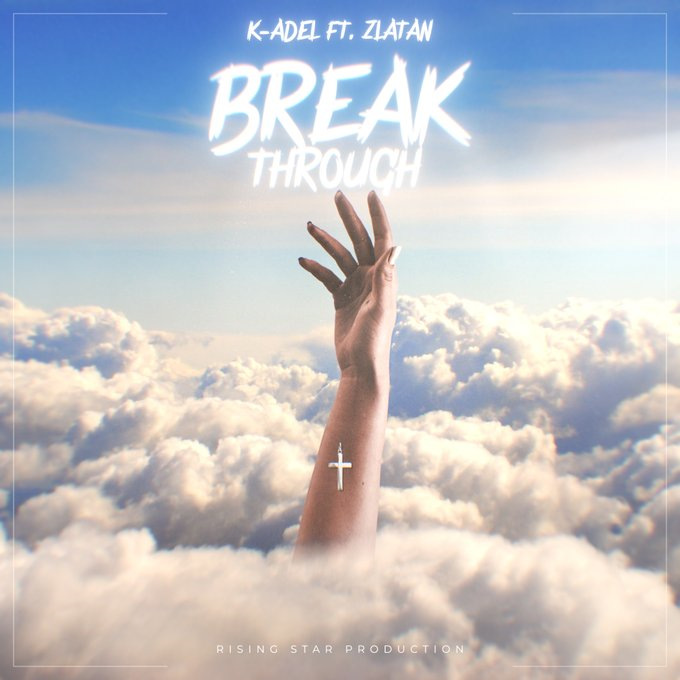 United Kingdom-based Nigerian Rapper K-Adel has dropped his debut single for this year.

As the title suggests, ‘Breakthrough’ is a song in which K-Adel opens up about his struggles in early life, before his breakthrough.

The new song is a mixture of English and Yoruba, and the way the two singers have blended the two languages is just amazing for the ear.

K-Adel delivers most parts of English with Zlatan taking up the Yoruba in what is generally an inspirational song that would easily pass as a Gospel song.

“I remember back then when I was trying to work on the street, I was trying to get food to eat, trying to put some shoes on my feet. I remember nobody gave a damn about what I did, no one cared about where I live so I had to go on my knees…,” reads part of the English lyrics in the first verse.

The three and a half afrobeat tune is produced by IKON.

So far only the official audio has been uploaded on YouTube. There is no hint on whether the duo is working on a video or not.

It is widely expected that the new song ‘Breakthrough’ is part of the upcoming Extended Play (EP) that K-Adel will be releasing before the end of the year.

The EP is being worked on by Rising Star Production.

K-Adel had his breakthrough following his first song titled ‘Go Down’ in which he featured fellow Nigerian artiste Runtown.