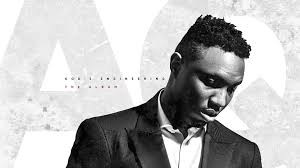 AQ has once again delivered a tune among the bost in the latest album addressing important issues around him, an address on his musical journey and how MI Abaga helped him and in turn helped Blaqbonez.
In the song, AQ asserts that He had been ignoring beef calls aimed at him of which Vectors rap provoked him most in the song, 'Judas, The Rat'.
Here are the Lyrics

[Verse: A-Q]
Let me tell you how all of this began
The politics and plans the reason I had to re-brand
M put me on, in a moment I put on Blaq
Loose was feeling the moves, came on and brought impact
100 crowns, LAMB August, the moment the cyphers dropped
How we used words to excel, the feeling was Microsoft

Rappers started hating and felt they could replicate it
The Hennessey cypher dropped social media was debating
When they give you a chance to rap, its either you rap or you don’t
But if you do, just know you got to snap
See the cypher was my idea, been on that shit for years
Made it for Monster energy but we gave it to Martell
Then we brought the guns out in part 2, the beef was on
Kept it in my lane but some rappers felt the ether wrong
Trynna catch the subs in different songs, I was sleeping on
Till that bitch had the guts to say that he put me on

I know you called Reazy to ask me to pull the plug on it
Been on my balls for so long bet you know how many strands on it
My mind running, and chocolate city had their eyes on me
Trynna meet targets, make record sales, ride torrents
And the pressure was on
Warner in the picture now, expecting the bomb
See when the White man shake your right hand and it’s a deal
You got big problems on your hands for real

[Verse: A-Q]
Who had the best verse on Crown, my homie that shit was deep
But it’s my fault, back to default, slap rappers in my sleep
You gets no shine when we rhyme, I’m killing it from the beep
Killing ’em in front of their fans, till rappers are obsolete
I don’t care if you’re on my crew too
Oh, i got screws loose
Oh, you wild, I’m wilder
K.O. you gon loose tooth

Twitter rappers keep jumping in my mentions
When it blows up in your face it won’t be an idiomatic expression
Buts that’s insignificant with the risk at hand
Don’t come to me with dick-in-hand bring your business plan
And don’t let them give you false hope
To get on this level, its like the Catholics getting a young pope

Everything I say on the record, you quote and unquote
Everything is cordless, that’s connections without long ropes
Crossed me in the past, now you sneak up to do biz
Call Loose Kaynon all you want, everything goes through me
Hopefully there’s no provoking me, lets do this openly
‘cos vocally there’s none remotely close to me, I’m chosen b
But everywhere you turn, you got to deal with bloody crooks
I’m tired of rapping, now i just want to make comic books