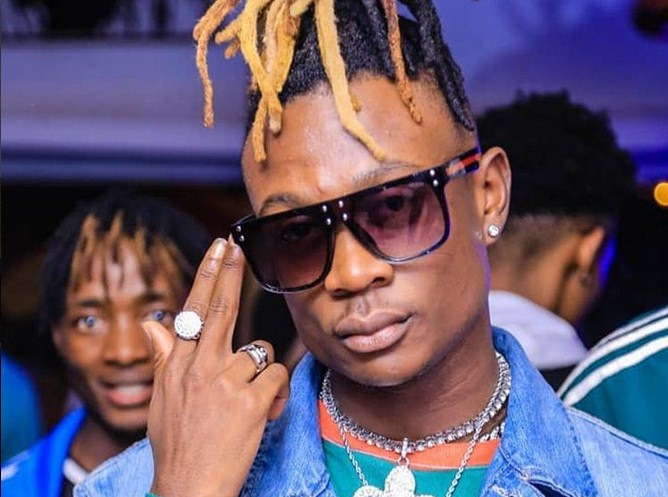 Fast-rising Ugandan artiste Fik Fameica must be having the worst time of his life after after a video of him falling off stage while dancing emerged on social media.

In this particular footage, Fik Fameica whose real name is Walukagga Shafik can be seen hyping up the crowd before taking a step back and accidentally falling down a hole in the stage floor, disappearing from sight.

The video appeared to have been recorded some time back, but what made it funnier was the unknown person that edited it, and added the hilarious famous Ghanaian Dancing Pallbearers’ Song A.K.A “The casket boys” currently trending on social media.

The scene and the dance together represent the deaths of people who are portrayed as “foolish” or rather put, people who suffered from the crazy stunts done.

After the video went viral on social media, Fik had to repost it asking himself why someone would do that to him.

Fans in the comment section were having a field day, also laughing along with the "Muko" hit maker.

Fellow artistes like Spice Diana, Rickman Manrick, Amito, Geosteady, Lilian Mbabazi, Producer Ronnie among others all joined in making fan of the artiste.