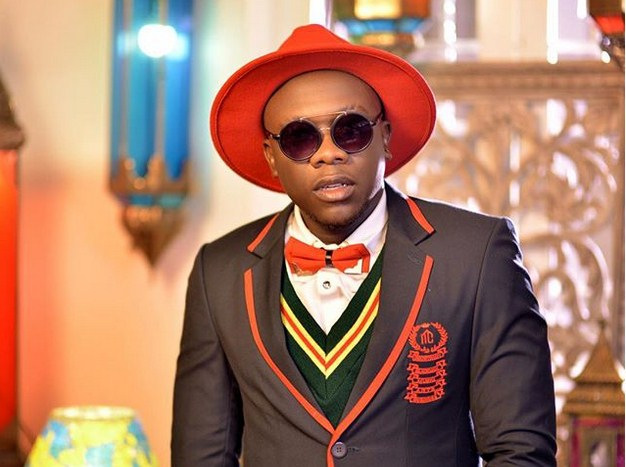 After the outbreak of the deadly corona virus, everything was put on hold, with artistes bearing the huge burden of cancelling all their upcoming shows and music concerts.

This was done in order to fight the rapid spread of the corona virus with has left thousands dead globally.

Different artistes lost a lot because to some, this was their major source of livelihood.

Many have come out crying to the government for help, but they were quickly bashed because the pandemic was affecting everyone else.

Ugandan artiste George Kigozi commonly known as Geosteady has raised his opinion on this, noting that Ugandan President Yoweri Museveni should emulate his Kenyan counterpart Uhuru Kenyatta, and provide funds to support artistes during this tough time.

Addressing the nation on Monday, President Kenyatta announced that his government will be offering 100 million shillings to artistes, actors and all players in the arts industry affected by pandemic.

“Starting this month, all our local artistes will be earning a total of Sh200 million per month that will be paid to musicians through the system and other platforms that we have developed. This shall translate this year to over Sh2 billion going into the pockets of our young artistes and young Kenyans. These payments will begin this week,” said President Kenyatta during his press conference yesterday.

Sharing the screenshot of the news, Geosteady believes that if our neighbors did it, our president can also do it.

"Since it was done by a president, It can also be done by Mr. President." Geosteady posted on his insta stories. 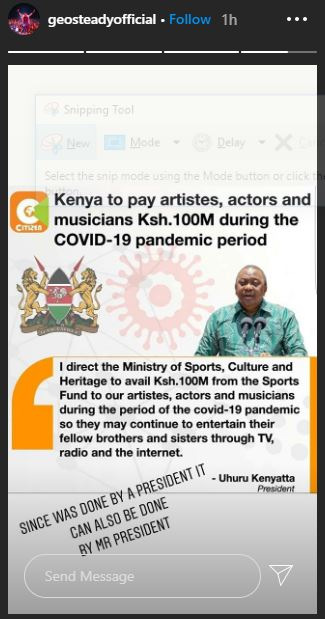 The Ugandan government is yet to respond.