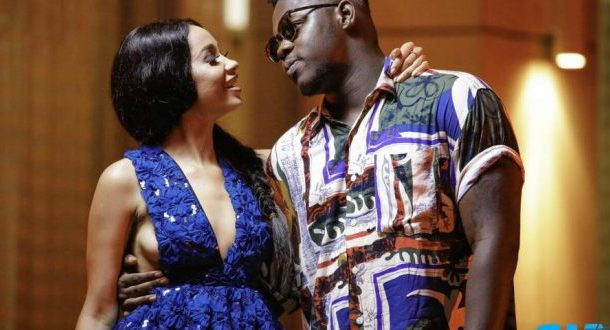 It seems Sister Derby has missed being number one on Ghanaian Twitter after staying on the low for some time. But she’s back again with a big bang as her birthday wishes to Ghanaian musician Medikal and ex-lover have sparked reactions on Twitter.

Medika; celebrated his birthday yesterday. While several people wished him, it seems sister Derby’s message seems to be the only one that has caught attention.

“Happy Birthday my sweet ex,” Sister Derby tweeted and posted on Instagram too with a lovely photo of Medikal planting a deep kiss on her cheek as she pouts.

The African Mermaid’s wish comes as a shock to many who have since been reacting to her post shared in the late hours of Sunday, April 5, 2020. At the time of this publication, the rapper who turns 26, had not replied to his ex-girlfriend’s wish.

The pair’s breakup remains one of the most talked-about celebrities' breakup following how the “Omo Ada” rapper quickly moved on with actress Fella Makafui, which sparked a rivalry between Sister Derby and Fella Makafui who got married to the rapper after a year of dating.