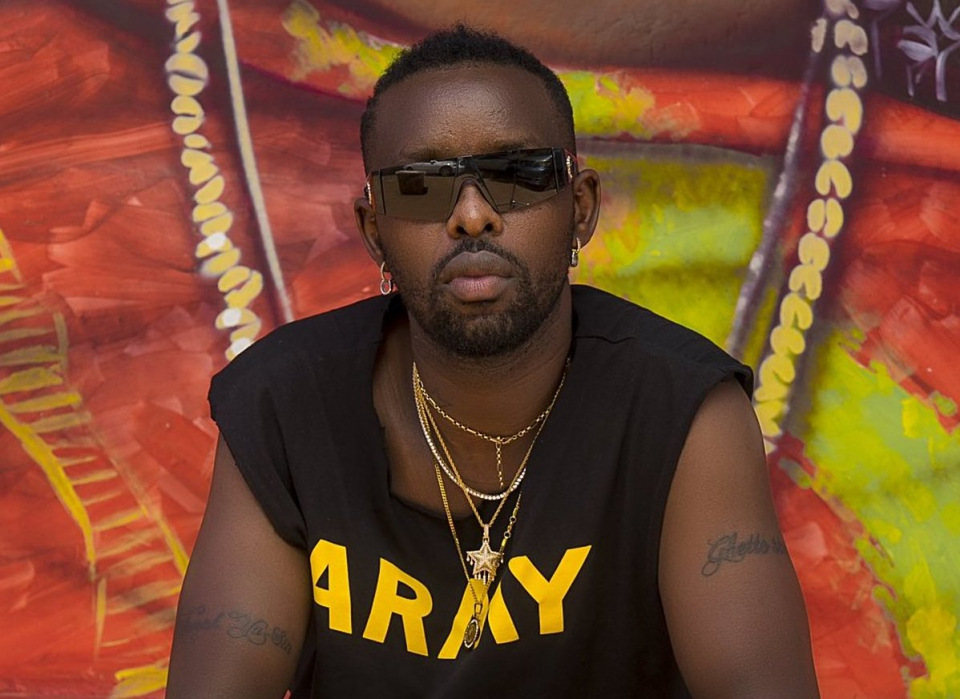 Pictures of Ugandan artiste; Edirisa Musuuza commonly known as Eddy Kenzo admitted in a hospital have been trending on social media causing an alarm.

In the photos, the Big Talent singer is seen lying on a bed with a face mask, and certain bloggers have already been reporting that the singer has tested positive for Corona virus.

Taking to social media, the 'Tweyagale' hit maker has cleared the air about the real cause of his illness denying the rumors.

In a long post, Eddy Kenzo who is currently stranded in Ivory Coast, maintains that he was diagnosed with chronic ulcers because of the foreign food cooked with too much chili.

"I spoke to Kato (the blogger that spread the news) last evening and he has an idea about helping people with small money via mobile money, and I told him it's a good idea but I couldn’t talk much because I was in hospital. I sent him a picture for him not to think that I was lying. I also told him that I'm sick but I did not want to scare people because we have enough problems going on. 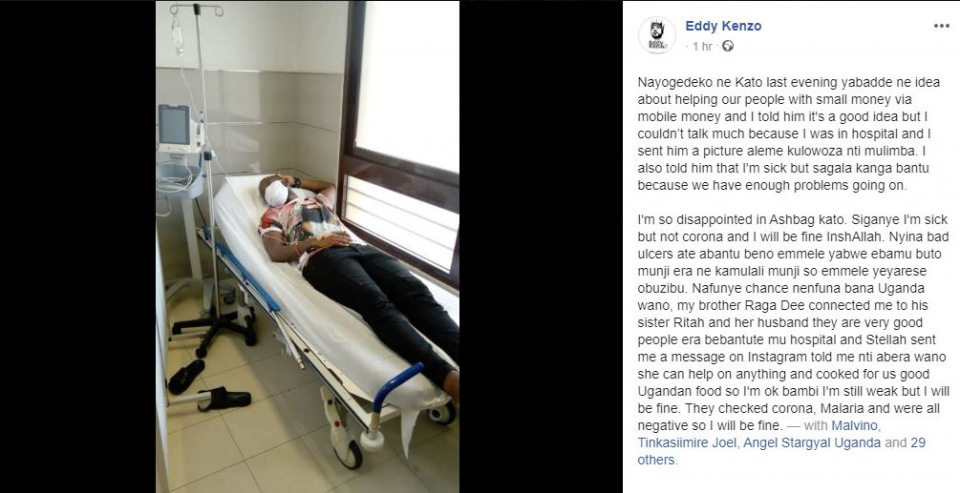 "I'm so disappointed in Kato. Truth is, I'm sick but not corona and I will be fine InshAllah. I have bad ulcers and the people from this country cook food with too much cooking oil and chilli so it is the food,’ he said.

He, however, noted that he got in touch with fellow artistes that have relatives in Ivory Coast, and they have volunteered to help him with the meals.

"I got a chance to connect with Ugandans this side. My brother Raga Dee connected me to his sister Ritah and her husband. They are very good people. They took me to hospital and Stellah sent me a message on Instagram telling me she stays this side and she can help on anything. She cooked for us good Ugandan food so I'm okay. I'm still weak but I will be fine. They checked corona, Malaria and were all negative so I will be fine," Eddy Kenzo posted.