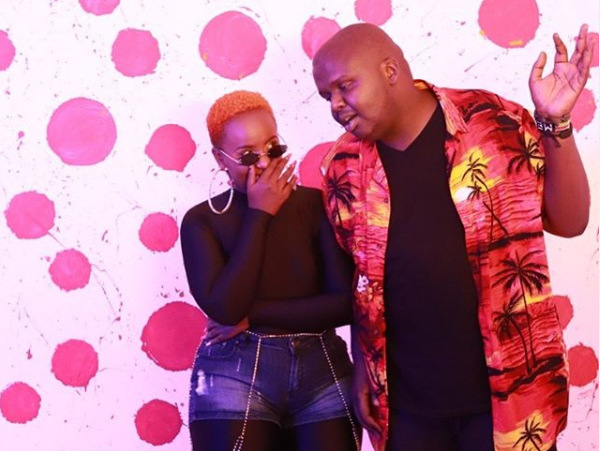 Top Kenyan female rapper Femi One has released a new song dubbed ‘Utawezana’ featuring The Kansoul’s Mejja, who is also known as Okwonko.

‘Utawezana’ is a conversational song where ‘Femi One’ expresses her professional admiration to Mejja, who in turn appreciates the work Femi has been doing.

Like his previous solo songs before he joined Kansoul, Mejja and Femi tell a hilarious story in the new release.

Listening to it, I bet you’ll laugh a lot, especially after listening to the chorus, where the real meaning of the song comes out in the open.

The beats are slow, and complement chants by the artistes as they spit out their vibes, and defend their positions regarding the main subject of debate.

The song has some exclusive lyrics that are well coded in a way that only sheng and Swahili natives can understand.

The video concept is simple but amazing, and goes hand in hand with the main theme in the song which is a conversation between the two.

‘Utawezana’ is undoubtedly one of the best and hilarious music stories to be told in our time. Watching the video, it is addictive; you’d watch it over and over again.

Listening to the new release, you get the feeling that Mejja is perfectly talented in storytelling, and should treat us to more of such.

Barely a day after it premiered, the song has managed over 29,000 views on YouTube, an indication that it is set to be a major hit.