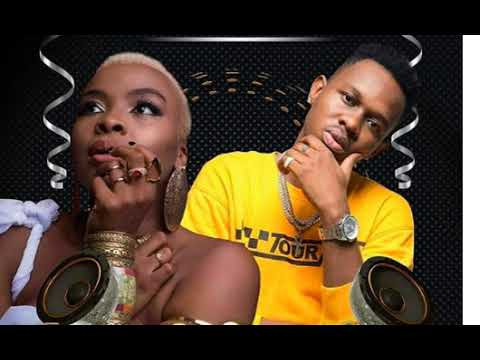 As the name suggests, the song revolves around a bachelor who has been on a spree of  one night stands with all sorts of girls, in the name of being too young to settle.

The song has a comical precision where it starts off with a man and woman showing up at Queen Darleen’s door in such of the “Bachela” in the hood.

Apparently he is being sought for impregnating someone else’s sister and denying it.

In what seems like a conversational kind of song, Queen Darleen is out trying to tell his friend Lava lava who is a bachelor to settle down, but he answers saying he is enjoying being a bachelor.

Defending his argument, Lava lava highlights the case of his boss Diamond Platnumz and Tanasha Donna’s previous relationship that did not work out as expected, to an extent that she unfollowed all the Wasafi artistes on Instagram.

For Queen Darleen, she feels the online kind of love is a mistake, while Lava lava is busy trying to tell her off for accepting to be married as a second wife with rumors that she was after her husband’s money.

On that note, Queen Darleen tells him off that seemingly Wasafi boys have too many love scandals that she feels that they are just after intercourse not love.

Well for one, we must appreciate the visuals to this song and the creativity of the concept.

The views on YouTube stand at 15k just an hour after being released.