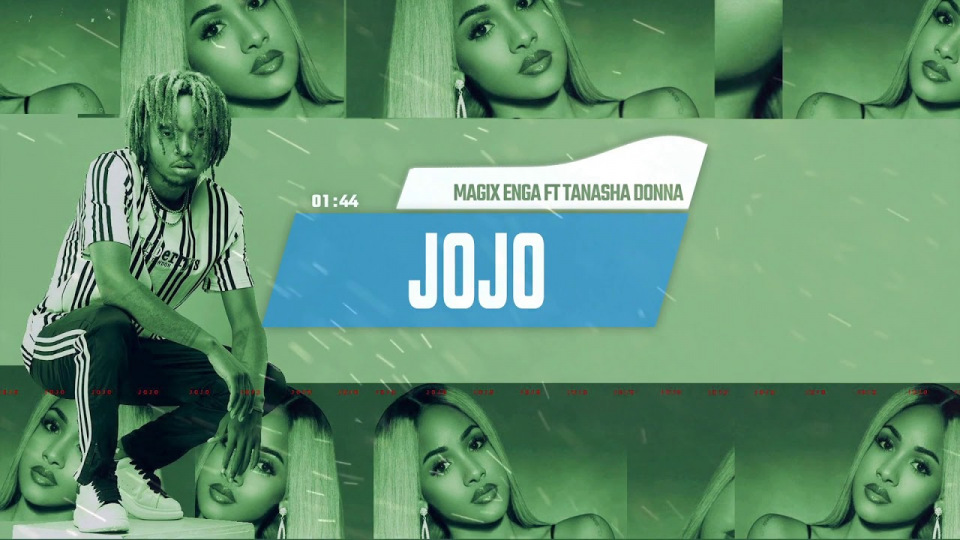 ‘Jojo’ revolves around love with Magix Enga pouring his heart out, and showering his lady with praise.

He notes that his lady ‘Jojo’ is a crucial part of his life, and therefore he can’t live without her and she should not go silent.

In the new release, Tanasha plays the role of ‘Jojo’ and executes her verse with amazing vocals, and perfect rhymes.

She vows to stay in touch, and notes that she appreciated her guy, and hope that he will never hide anything from her.

The song has adopted a reggae vibe, and has amazing beats thanks to the Beats King Magix Enga.

‘Jojo’ is one of the songs that will form Magix Enga’s Velocity Album that is set tobe released later this year.

In a past interview, Magix noted that the album will be released in May, adding that it will revolutionize the Kenyan music industry.

Meanwhile, Tanasha’s star is still rising with this being her third high profile collaboration this year.

A month ago, she worked with Mbosso on ‘La Vie’, then later teamed up with Diamond Platnumz for ‘Gere’.