Angella Katatumba Explains Why She Ended Relationship with Daddy Andre 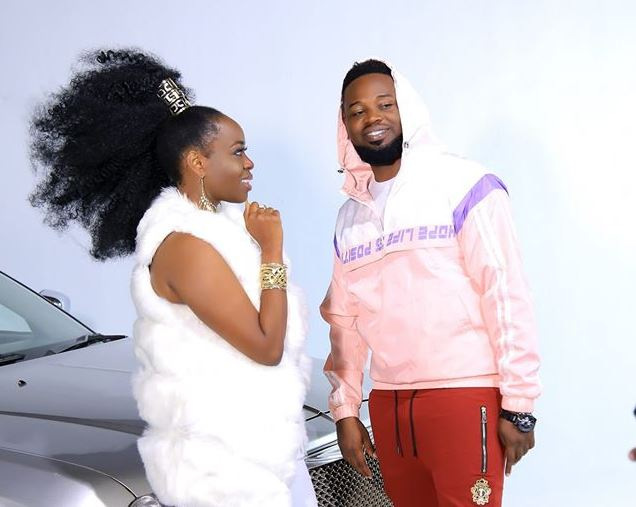 We all want to believe in true love, but sometimes it gets tough! Many of us take solace in some of the most beautiful celebrity relationships but sadly, these are constantly surrounded by cheating scandals and drama.

Ugandan artistes; Daddy Andre and Angella Katatumba can now testify that living your lives as a couple in the spotlight can't be easy especially when every move you make is criticized by social media.

These two made their relationship public in December last year and through all the interviews they did on TV, they couldn't just get enough of each other.

However, over the past few weeks, Ugandans have been questioning whether the two are still together, especially after Daddy Andre was accused of sexual harassment by two upcoming musicians.

In a Facebook post on Sunday, Angella finally made it public that they are no longer an item.

"For over three months, Andre treated me like a princess. He spent over 20 Million UGX on me. There is nothing he didn't do or buy for me and he never let me pay for a thing. He introduced me to all his friends, family, relatives and he even took me to his village,” she said. 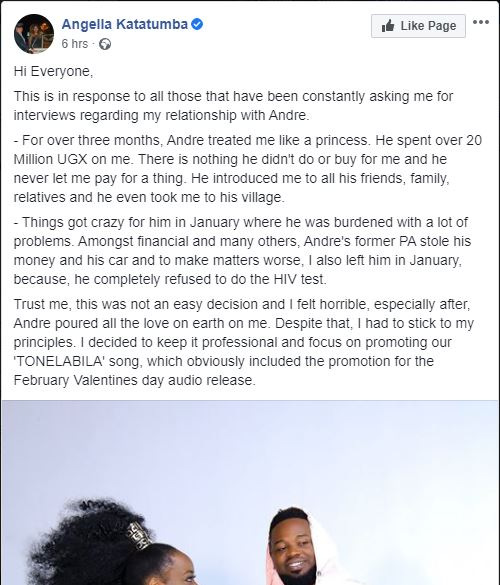 According to her, they broke up back in January, but decoded to keep it professional in order to promote the love song they released on Valentine's Day.

Angella claimed that she parted ways with the renowned producer after he refused to take a HIV test.

"Things got crazy for him in January where he was burdened with a lot of problems. Amongst financial and many others, Andre's former PA stole his money and his car and to make matters worse, I also left him in January, because, he completely refused to do the HIV test.

"Trust me, this was not an easy decision and I felt horrible, especially after, Andre poured all the love on earth on me. Despite that, I had to stick to my principles. I decided to keep it professional and focus on promoting our 'TONELABILA' song, which obviously included the promotion for the February Valentines day audio release," Angella said